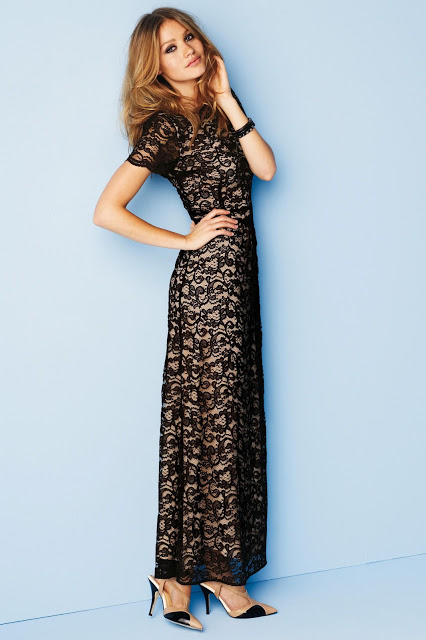 Well I’ve today seen a challenging competition on Jade & Tara’s blog that I had to have a go at entering. I’ve not had the best relationship with my Mother, but I am trying to be her friend again, and I’m sure she’d be chuffed if I won Next clothing for her. The challenge is to make a complete outfit just from products for sale at Next. Here is what I’d suggest for my Mum on Mothers day. Images from Next website       I would pick a nice lace dress for my Mum, she suits maxi dresses best I think. Also this one goes into larger sizes and like me, my Mum isn’t tiny. It is black and creamy beige, She often wears either shockingly bright prints or plain neutral colours. I’m not going to pick out a print that makes me dizzy, that’s all I’m saying… Moving […] 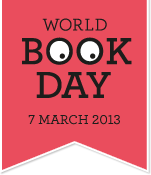 Earlier I had a little moan about D suddenly wanting a costume for WBD. Well now I have something. D is going to be Death from Mort by Terry Pratchett. He will be wearing an old Halloween basic skeleton suit (the plain black with bold basic white bones painted on), a long black cardie of mine with a hood will be the cloak, a teddy rat in one of my cardie pockets and the Pictionary egg timer in the other pocket. Then the best bit, I’m making a scythe using glue, a plastic pole and some corrugated card for the blade. Pegged together whilst the glue dries overnight. Turtle added for Pratchett fans. He’s going to look really mean! I will make sure he takes a copy of Mort in his bag just in case the teachers have not read it. I only had a tiny bit of silver paint […] 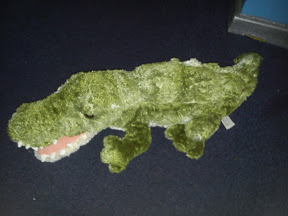 Ok, I’m a little cheesed off now. Jen said he wanted to dress up for WBD and I’ve come up with a cheap plan for him. I bought a basic pirate outfit on eBay for £6.50 and I’m borrowing D’s crocodile teddy. Voila! A Peter pan pirate. He thinks he’s Hook, and he adores the TickTock croc bit as a Jake and the Neverland pirates fan. Sorted, outfit already on the way, due midweek. This morning D gets ratty about borrowing this croc and snatches him back. Cue a war between the boys, marvellous. :-/ Then D proclaims despite his non interest so far he suddenly needs an outfit, not wants but needs it. Panic! Ebay wants nearly £20 for anything book-ish in D’s size, plus its a bit late to rely on postage. I’m stuck!