This time last week I was in a pub, no big deal… except I was holding my new husband’s hand. Friday at lunchtime, almost exactly 15 years since we met I finally married my partner of nearly 15 years. 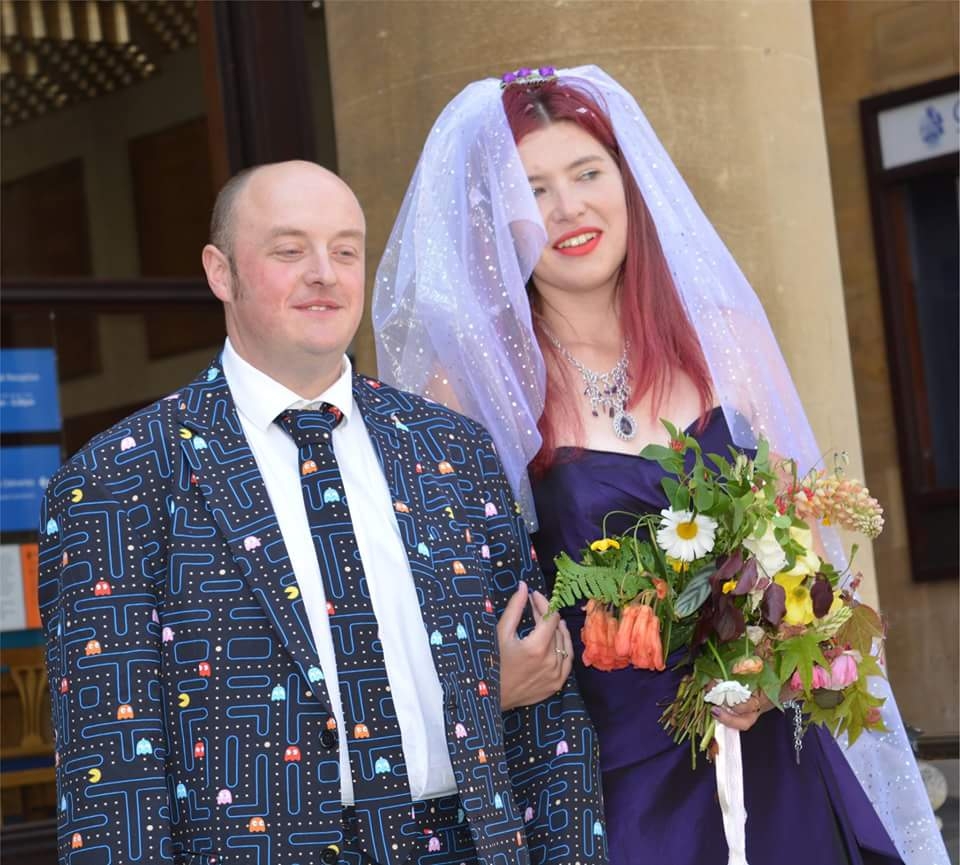 As you can see we weren’t a traditional couple. I wore a long purple dress, and he was in a PacMan suit.

It was a bit of a nightmare, I got driven by step dad to a mile from the place I was marrying Blokey and I ran all the way. I’d protested on the way that it was the wrong side of the city centre but neither mum or step dad listened. It bent my shoes and by the time I got there my feet were blistering. Trust me, silver heels are not designed for a sprint up town. 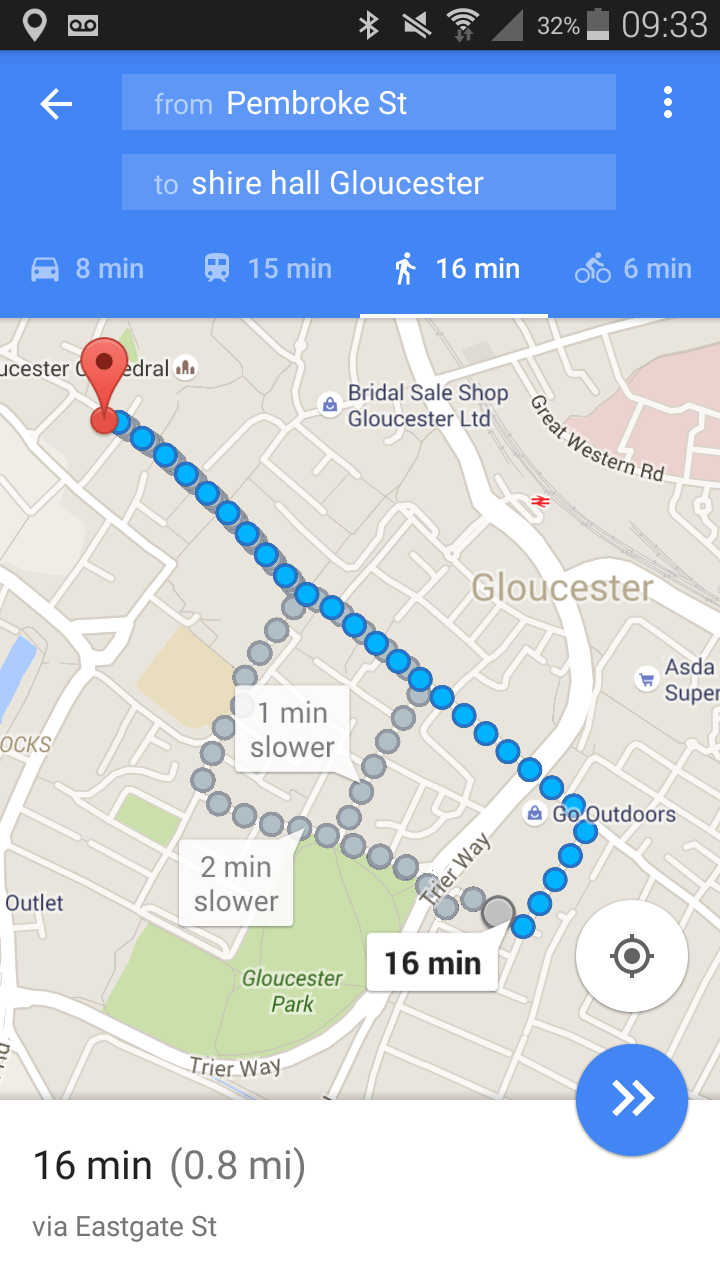 Whilst running I heard people talking, someone thought I was running away from my own wedding and even worse was I got sworn at by step dad that I should have got married “somewhere f#€k!ng nearer home” which had me crying.
My younger sister was meant to come but she was still in London, both her and my mother gave a different reason why she stayed home, but either way she was meant to be giving me away.

As I was already late and our guests were already in the room I wasn’t allowed to go and get someone else… he “gave me away” despite me really not wanting him to after that. I took 3 steps to get up the aisle, I felt I was being rushed and to be honest I was glad to just get back by my fiance’s side. I was nervous, upset, hot and sweaty – hardly ideal.

However no one was going to stop me today, I try to keep calm and carry on. I had a couple of surprises for my man, first up a massive homemade veil and some beautiful chainmaile jewellery. He read out some self writen vows… I wanted to rip mine up and speak from the heart  but was already stressed enough. I wanted to tell him how much he mattered to me, I wanted to make a few jokes, but I stuck to the script.

When his our best man handed him the ring he fumbled about on purpose then said that he seemed to have 2 rings. Blokey wasn’t expecting a ring! He clearly looked shocked, even more so that it fits him. The registrar kept using his full name, all of them, all the painfully long five first names and a surname. He grimaced each time she did, he doesn’t like or use his official names. Luckily I remember them all, so managed to legally marry my daft named lover. 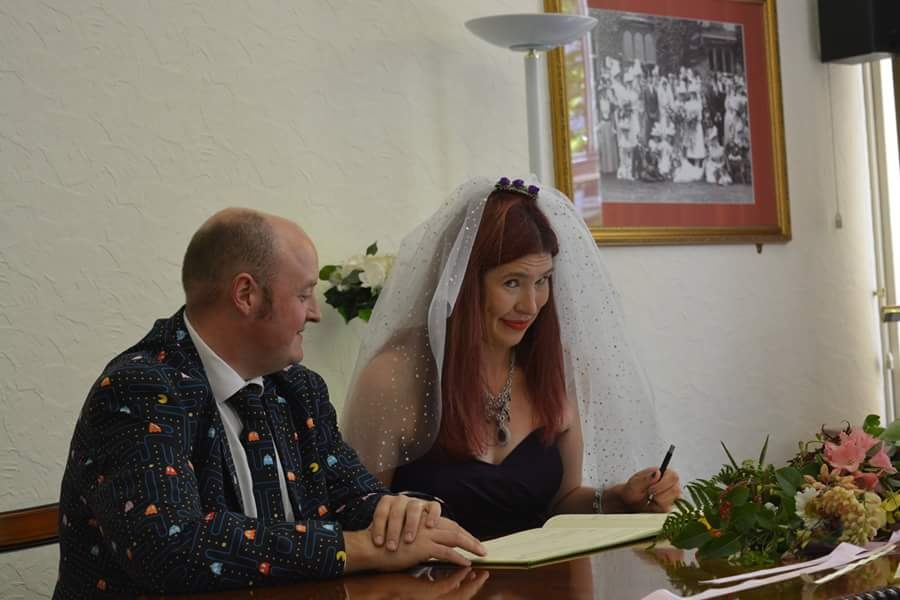 After signing the big book to make it all proper we are announced as “Mr and Mrs G….”
He thought it was a mistake, I have always told him that I wouldn’t take his name. He was bullied for having this surname, and I think he was genuinely nearly floored by me taking his name.

I love this daft sod, and I want him to see just how much. It’s a real shame that things went a bit tits up on the day, it’s not like we can do this again.

For even more photos please see my friends facebook page Pinkoddy blog – album – Julie’s Wedding. Thank you Joy!
I might have changed my name, but for blogging I’m remaining “Martin”. Same with Blokey, it’s easy to work out his name but I am still not writing it here. 😂

One thought on “A week ago”