Recently I have had enough of our awful beige-ish carpet in the lounge. I say ish as it is so stained, just who puts beige in the main living area of a family home? So I’ve popped down my local Carpetright* to chat with them and choose something a bit nicer. 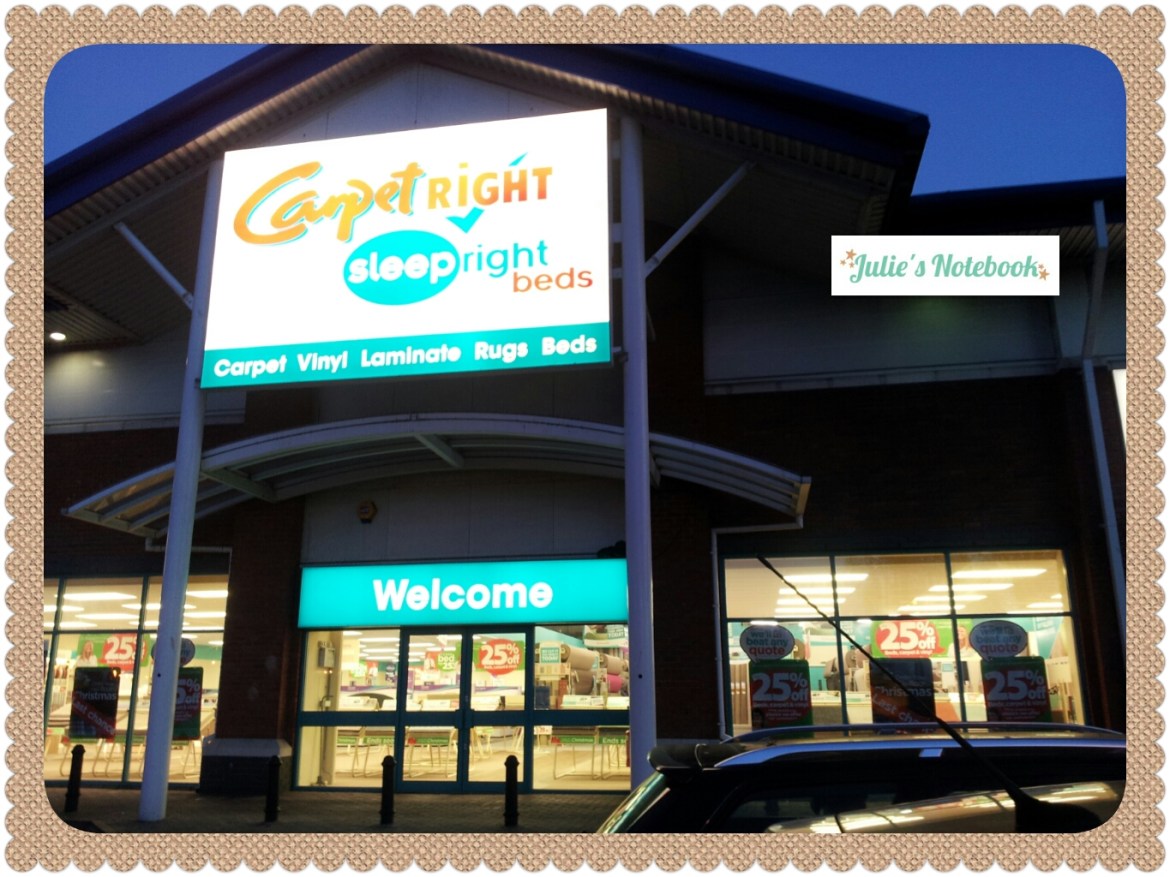 My living room feels small but is actually 5 by 5 meters which meant I couldn’t snag any of the brilliantly priced remnants as on the roll carpets come in a 4 meter width normally. Rather a few of the remnants are creams and beiges but there were some fun colours such as red, turquoise and a blue stripe. 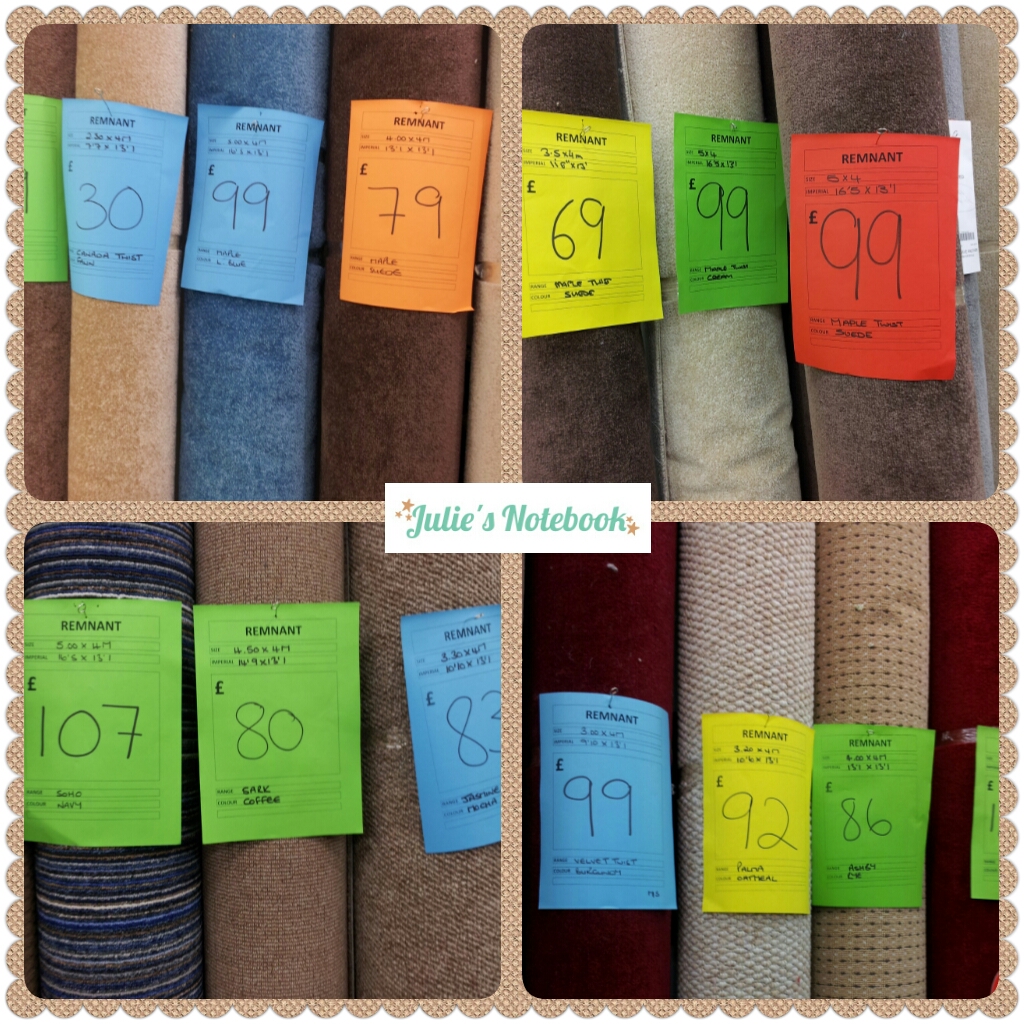 We are already customers at Carpetright, having used them in this house and our previous flats too. When Blokey and I were last looking for flooring it was great, we walked in and one of the older gentlemen employees recognised us and spoke to us by name.
We were trying to find the nearest match to some vinyl flooring we already had, Carpetright staff were very honest and said they had nothing that was a near match to our existing vinyl pattern. They didn’t try to push for a sale where they knew we would just be disappointed as they didn’t have a close enough colour. 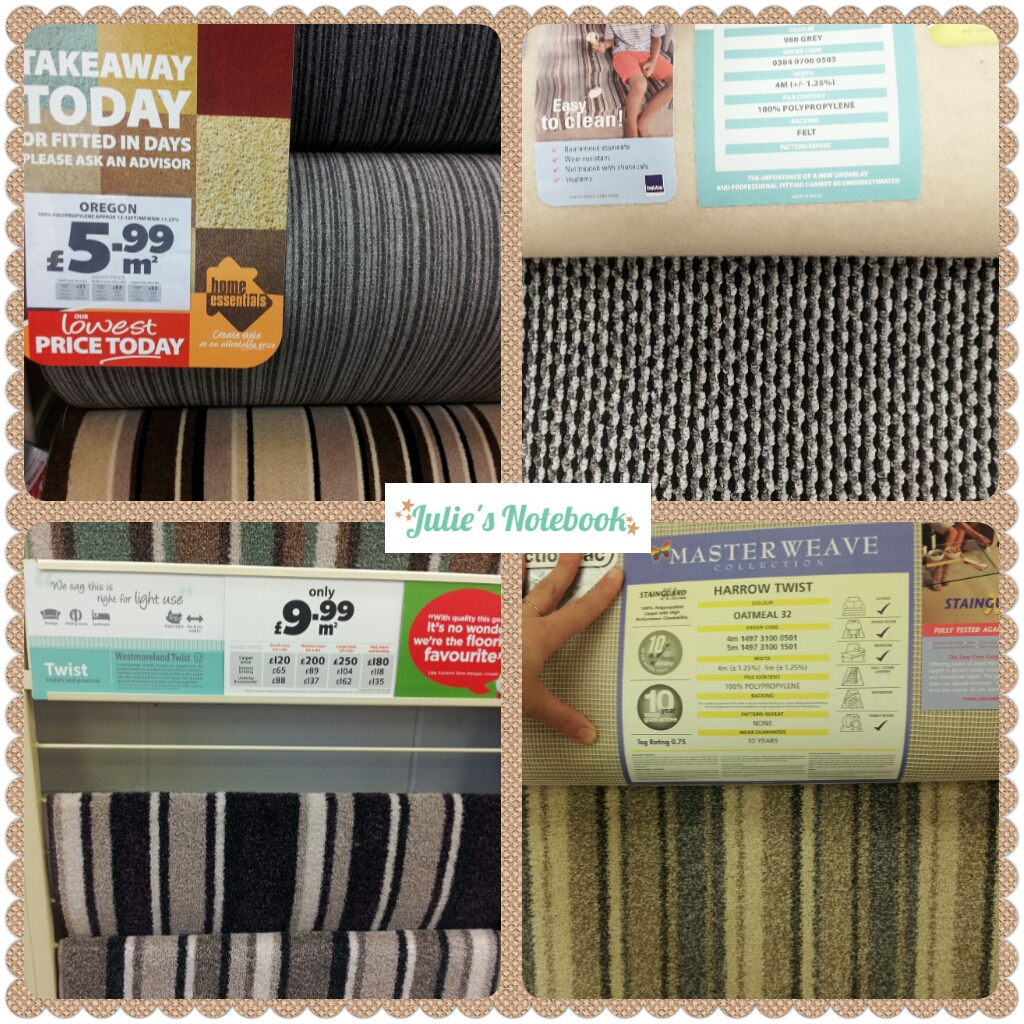 Back to now, I knew I wanted something neutral but  not boring. Something that feels nice, not too cheap. Normally I am all for a bargain but carpet is one of those things you’re going to see everyday so if it’s not right it will drive you potty. Therefore if it’s going to come out at about £500 for a carpet you like or £450 to fit one in similar colouring but a thinner carpet you aren’t really saving as it will just need replacing earlier. 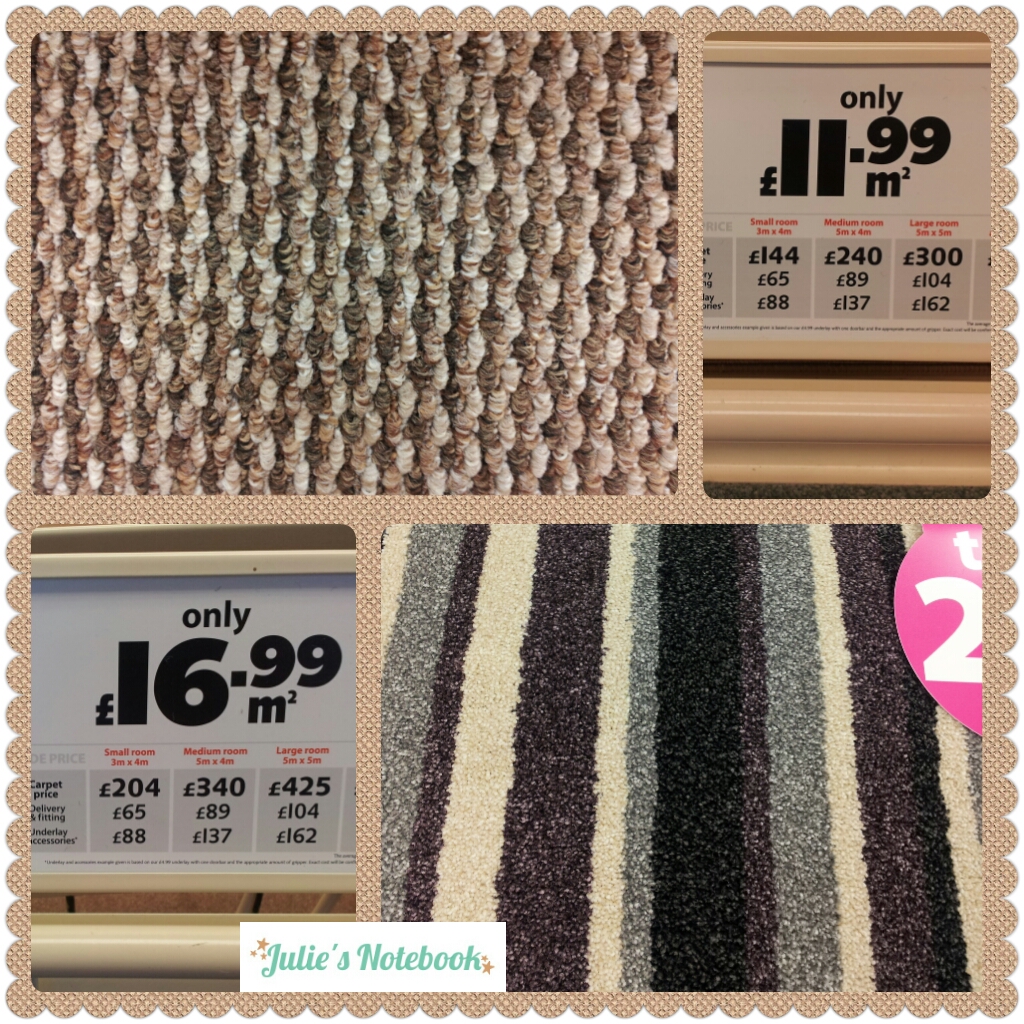 I liked the loop pattern, the one in the top left of the image above. Yet again I had very useful advice from the shop assistant. He said to avoid loop carpets if my dog is young or gets hyperactive as their claws snag the loops and it looks old before it’s time. He is a dog owner himself, and first hand experience on product types, and opinion is good to hear. I considered plainer carpet like these marl designs, they are so ordinary that they would keep the house bland, and therefore preserving house resale value according to Blokey. But I just couldn’t do boring….. 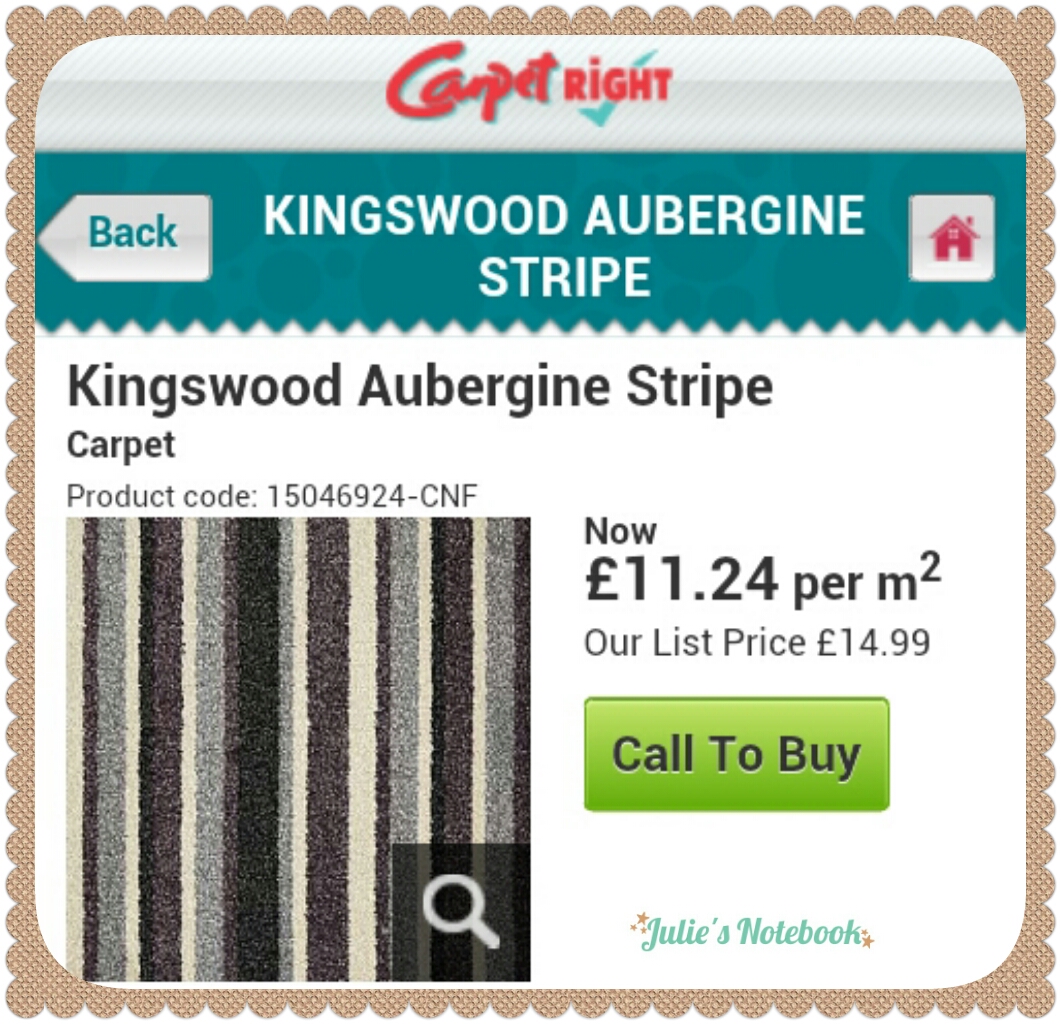 So I went back to this, its called Kingswood* and the screengrab doesn’t do it justice. The purple is brighter than the above image. It is plum crossed with Cadbury purple. But cleverly it has cream, grey and black stripes meaning it should blend in with our existing furniture.
I will be having this fitted early in the new year, I didn’t want the stress of trying to dismantle furniture in a hurry.

What colour is your lounge flooring? Have you learnt the hard way about cream carpets too?

Disclosure : This post is sponsored. I have been compensated for my time, but purchased the carpet with my own money. The words and images are my own and unbiased.

4 thoughts on “Carpetright are doing it right” 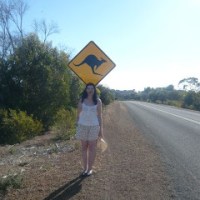