Do you like Cricket? I’m not so keen but Blokey likes it rather a bit. So he’s been in the kitchen and has been cooking food inspired by countries involved in the Cricket world cup = India and Africa. India spicy curry, and Africa gives us a lovely comfort food dish. The curry might knock you for six though, so be careful! 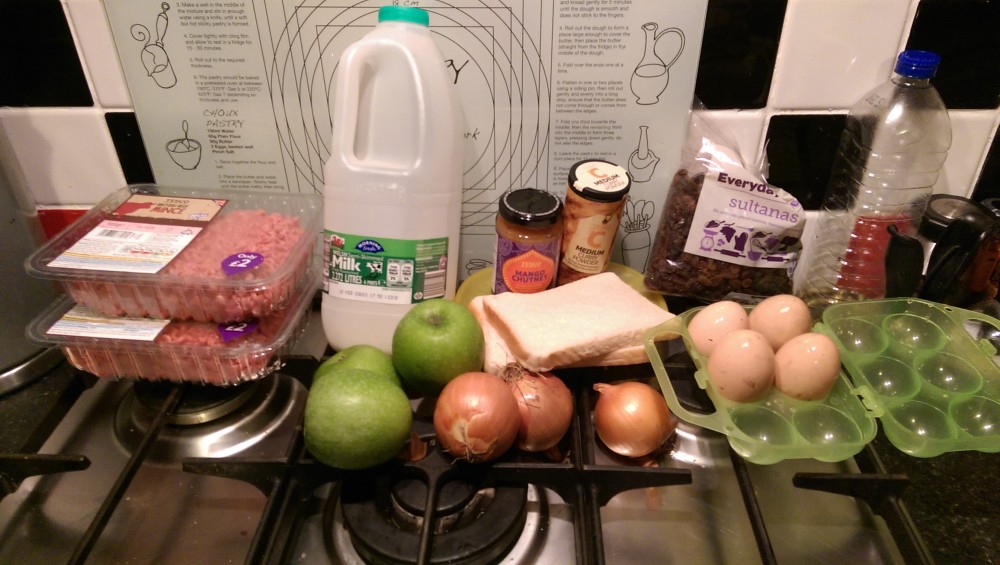 2 medium onions (or 3 small in this case)

1 tablespoon of curry powder (or more to your taste) 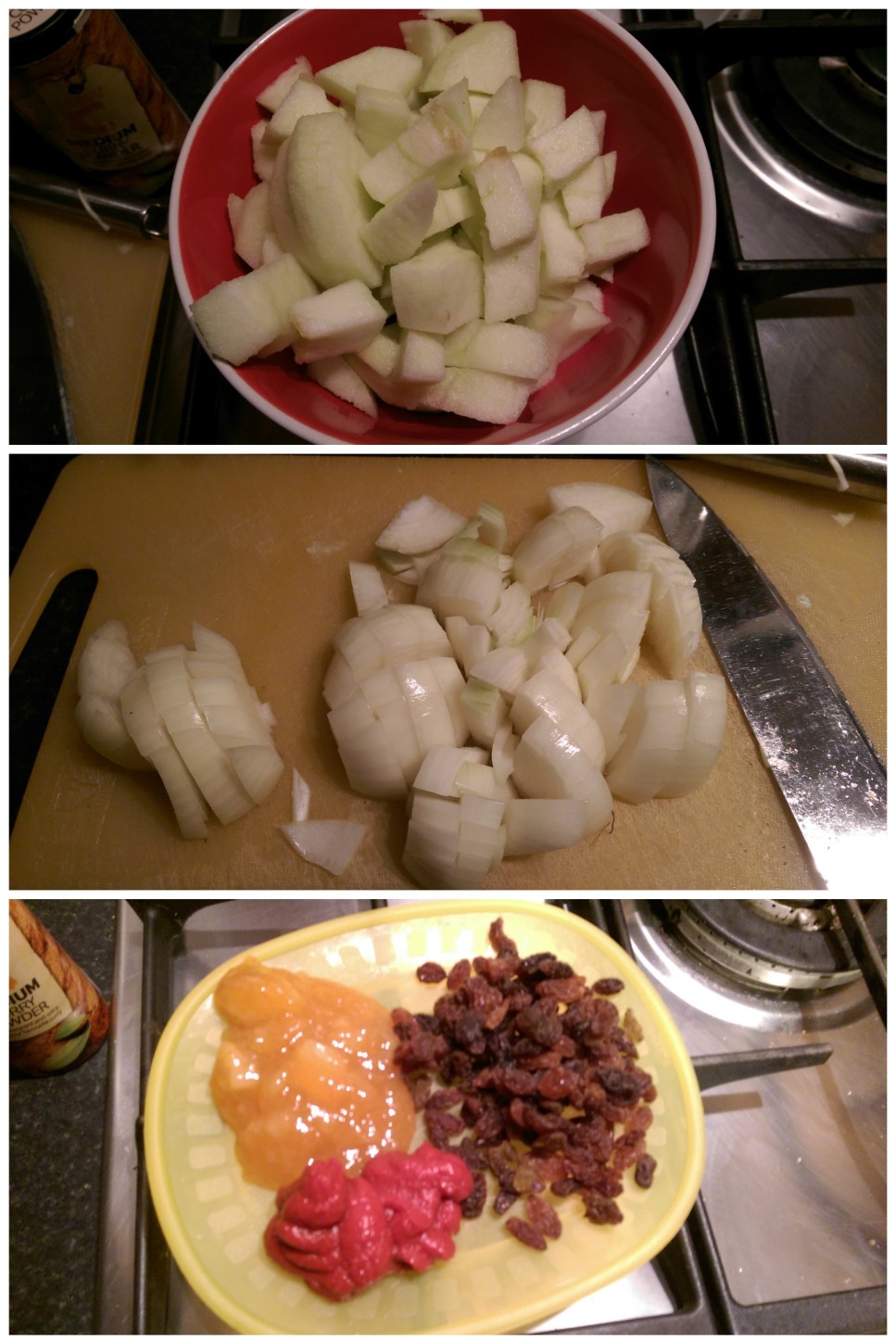 Measure out the tomato puree, chutney and sultanas.  Peel and chop the onions.   Peel, core and chop the apples, put to one side for later. 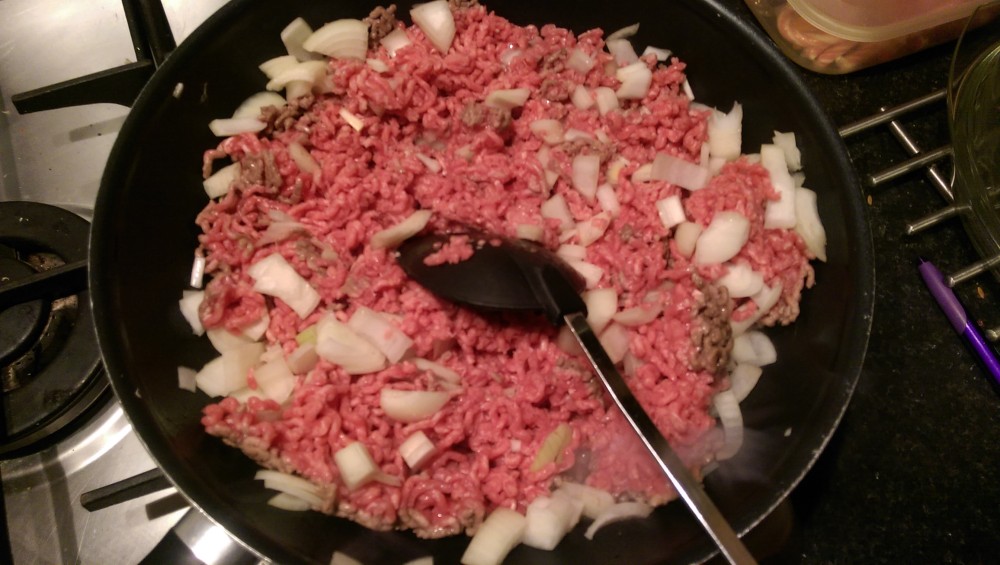 In a large pan brown the mince and the onions (this can be done in two batches if easier).  Drain off any excess fat. 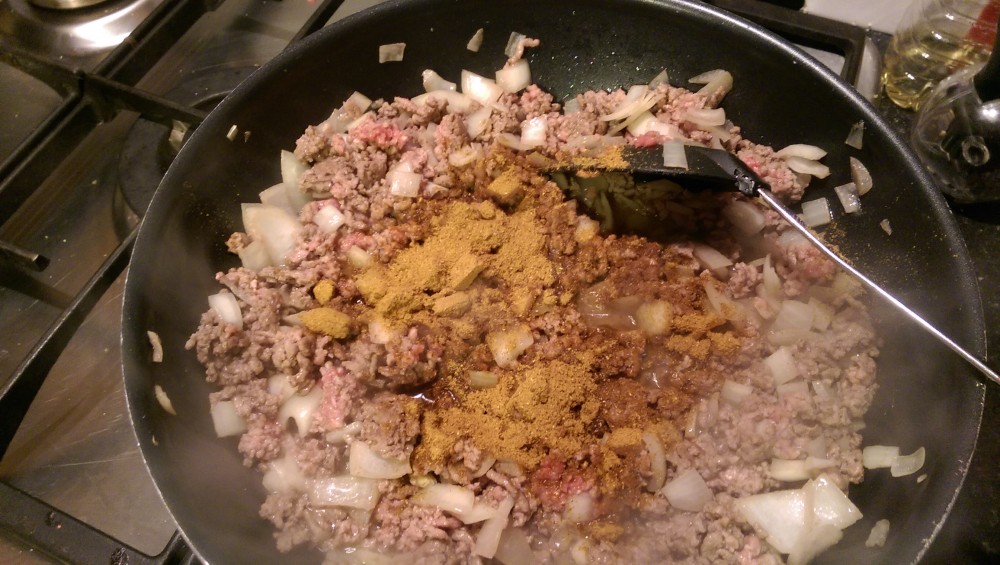 Add the curry powder and cook for another minute. Lower the heat under the pan to medium.  Stir in the mango chutney, tomato puree, sultanas, apples and bread (including the rest of the milk in the bowl).  Stir well and cook for 5 minutes. 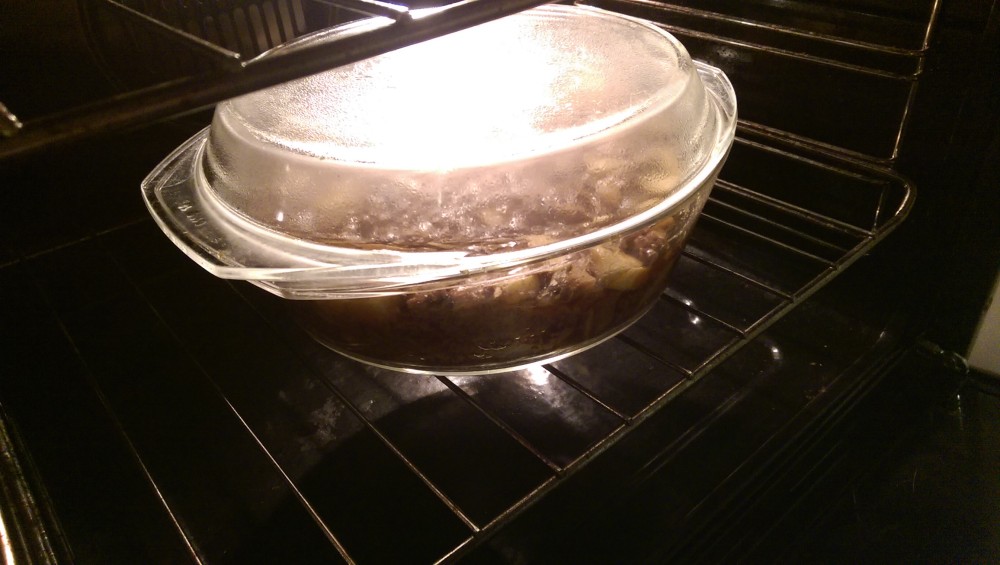 Transfer the meat mixture to an ovenproof dish.  This recipe can be split into two dishes where once cooked one is frozen for another day if you want to.  Cover the dish and place it in a preheated oven at 160C (140C Fan) for 45 minutes Remove the pan from the oven.  If there is excess oil from the meat, use a spoon to remove it from the top.  Pour over the egg / milk mix (remember to split it between the two pans if making the smaller portions).  Place the bay leaves on the top and return it to the oven, uncovered, for 30 minutes. (It is a good idea to put a baking tray under the dish in case any of the liquid spills whilst you are moving it to the oven.) After 30 minutes the egg will have set on top.  Remove from the oven.  Serve with a salad.

Disclosure : I was asked by Betfair to take part in the Cricket World Cup Recipe challenge. The ideas and photos are by Blokey.