It’s a word all over the media lately. People with depression are not all dangerous, most of the time most of us are harmless to everyone but ourselves.
I luckily am not a pilot. I’m not going to lie, I don’t think I should be in charge of hundreds of lives – ever. But I would happily get on a plane, even if I knew that some of the flight crew had or have depression.

Just having depression does not make you want to harm others.

If a person gets treatment it can really help, I don’t mean just tablets and more tablets, I mean therapists and real help.  Before I got “help” I would consider myself possibly a danger to others – if I was suicidal in the wrong place at the wrong time I wouldn’t have cared that others were in my way. I don’t mean I’d look at a random person and think I would hurt them on purpose but that I’d walk into traffic with my eyes closed – that I would see cars in my mind as objects only and not acknowledge the real people in those vehicles.

I once walked out into the path of a red double decker. I figured that this size of vehicle should kill not injure if it hit, it missed. The driver was paying attention. I felt guilty afterwards, but not at the time… right there and then the depression,  the suicide effort was in control. It is a mission in your mind almost,  something you become determined by, controlled by. Whether the thing that your mind focuses on is sadness, grief, self harm, suicidal thoughts, addiction or whatever,  it will consume that person. Until something happens. Good or bad.

If someone just spoke to me on days like this it might be enough to disrupt the thoughts.  For example you walk past a young person crying, sat by a big bridge, what do you do? Most people utterly ignore them. When I’ve “been there” a stranger saying “Hi, are you,  errrm,  alright love?” can be the best thing in the world. It doesn’t matter if you aren’t a professional, its a slap from reality.  A reminder you matter. A reminder you exist. I realise that sounds dumb,  but unless you have sat swinging your legs over a tall bridge or a train line thinking of the end it’s hard to judge others. 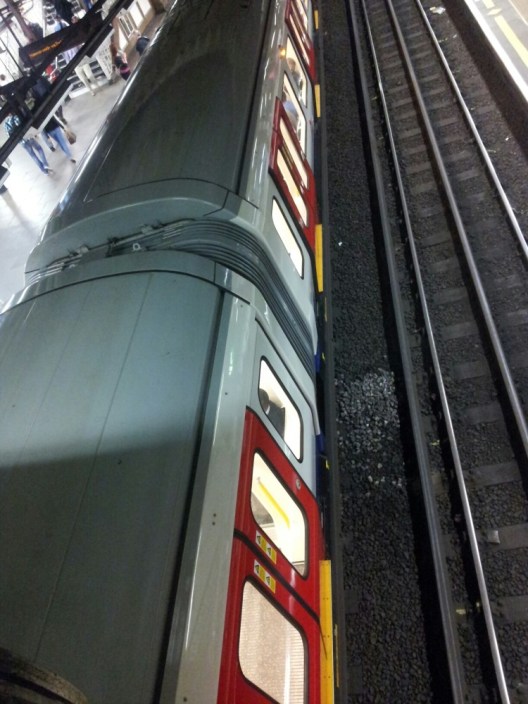 Most days as a depression sufferer I just seem like an anti social miserable bat. I get told “Smile. It can’t be that bad!” or “pull yourself together” – what does that even mean? “Your life ain’t that bad, chin up.” and all the other stereotyped phrases that fall out of the mouths of friends and family.
People saying things like “Oh I wish I didn’t have to work like you. You’re so lucky!” REALLY. I am lucky that I have dreams so vividly that I feel real pain? That I wake up screaming?  That nightmares don’t go away when you wake up,  it’s a blur between real life and the dream for a while after you wake. Yes, lucky me!

Actually I would rather be normal,  work hard, and make my kids proud of me. I’d rather not hear my six year old say “Mum are you just lazy? My friends Mummies all do jobs?” and I would rather not have to say “Yes, I had a breakdown and can’t work” or “signed off for mental health” or anything like that to people when they ask “so what do you do?”

What I do is be a Mum. A writer. A fundraiser. A listener for friends when they need me.  Mainly I feel like a house maid. I didn’t stop being a person when I sought help. When I admitted my life was a battle with myself – constant conflict with your own mind is exhausting. Luckily I knew I was up the Creek and had lost the paddle,  it was a case of get help or die.  Really.

What I didn’t have back then was names for my conditions – depression is a big catchall phrase for hundreds of other things. It’s too easy to say “I have depression”, it’s easier for others to hear than “I’m Julie and I have PTSD,  DDNOS, anxiety disorder and possibly BPD. It’s not just depression.”

I wonder if that co-pilot had a form of dissociative disorder that allowed him to zone out? When I get frightened I zone out, I describe it as auto pilot ironically,  I function but have no idea what I am doing or where I am.  For example in a robbery I just went super calm and helped people,  I just did it, took the customers names as witnesses, closed the shop, called the police,  counted what was left in our tills. Then when the police arrived it was a bit like waking up,  they took control,  I no longer needed my auto pilot and I went back to normal. I cry, realising what I actually have been doing and get a delayed reaction to the fear of a large chap robbing us.

I was entirely disconnected from emotion for about an hour,  THAT is Dissociative Disorder. Sounds great? Not always – wait until someone asks “how was your day?” and then you realise you weren’t there,  that you’ve forgotten where you’ve been and how you got there.

Imagine you are driving, and someone drives badly and nearly crashes into you? My mind go into auto pilot, as a defence mode, it dissociates. I drive on pure skill and memory,  I still change gears,  look in my mirrors, brake for danger,  use my indicators and everything.  To others I appear normal,  just a slight change in personality to a more serious attitude… then a few miles later I snap out of it. Where am I, where am I going,  who is in the car with me, what happened this time? Whenever I flip to auto the kids seem not to notice,  although I think Blokey has learnt to recognise it.

Folk like me should not drive trains or planes, but a person who has straight forward depression should. I wish the media would stop judging us all as the same. Mental health is a spectrum,  and mostly I am in a good place these days,  but I accept that I can suddenly change.  Little things can set me off, a certain song on the radio,  a stranger dressed like someone from my past, psychologists call these triggers and although I try to avoid them it does still happen.

I know my limits, and I admit them, openly.  I am fed up of pretending to fit in,  it is easier to just be myself,  be honest and carry on with life. I’m just not employable in the normal way.  This is why I am a blogger,  writing from the safety of my sofa.

I’m not defending that co-pilot, I’m just saying what it’s making me think.

Come on,  hands up… do you have depression?  Anxiety?  Do you have other mental health issues?
If you want to see what depression really looks like, see Mammy Woo’s blog.

2 thoughts on “Depression – the taboo”