How I’m feeling… Not great. The kids are pushing me until I want to cry.
Work sent me a letter, long words that I believe mean “give us full access to your medical records or we could sack you”.

When I eventually woke, first thing I saw is partner stood by the bed, angry and in his work suit, nagging me about how he would be late, and its like he’s looking after an extra child. I couldn’t get him to shut up so I went for distraction and just snogged him so he couldn’t keep talking. Then he stopped moaning and made me coffee in bed.

Came home as fast as I could as I knew a social worker (think she’s a care worker type) was coming round my house.
I was still loading the dishwasher when she knocked, my toast going cold in my toaster. I say sorry for the mess, as usual she says “don’t be daft. It’s tidy here” and I wonder what squalid houses she must see to believe this place passes as tidy. Ok it doesn’t look like a student bedsit, but it’s scruffy.

We talk about how I’m not coping, that letter from work, how my pets help me feel less isolated, then about what a bad parent I feel I am. How when D kicks of all I want to do is protect Jen and I as D is so hostile, but that this just reinforces D’s wrongly held belief that I don’t want him, or replaced him when I gave birth to Jen.

I know I’m constantly holding Jen, he’s snoreing on me as I type. But this is due to the depression, the PND I had after Jen’s birth. I couldn’t move, terrified by the bleeding, afraid to move even a few inches in case I bleed to death. This meant Jen was always in my arms, this wasn’t a choice. He was like my teddy bear, my security blanket. Even now I often carry him instead of him walking. If I’m not holding Jen I feel lost, abandoned, empty, scared, vulnerable.

I didn’t want to make him clingy, and to make D hate and resent me, but even back then I was mentally ill.
I wonder if any other parents will admit to feeling they live through their child following a traumatic birth or labour.

I just can’t take much more of it. I want to feel normal. And I need D to learn to stop resenting Jen and I.

Oh yes, and as it’s Christmas and I’ve been writing cards I miss my Nan, a lot. 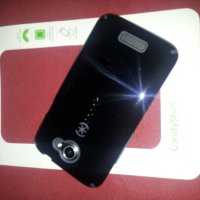 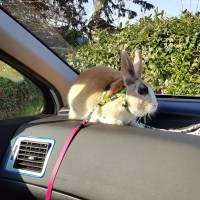