The last few days we have been camping in Devon, hence the silence from myself on social media. I get ordinary phone signal, but 3G has gone on holiday round these parts. 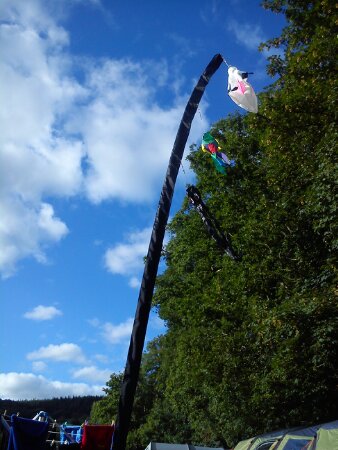 We seem to collect windsock animals!

We are staying on the River Dart country park. It is nice, we are pitched under the overhang of a sycamore tree, all around us is more family tents. 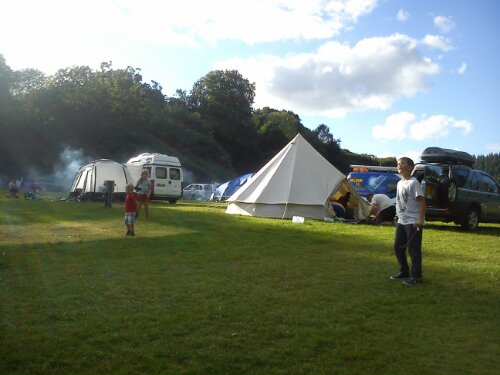 Here are my darlings, playing outside ;-)

Behind our tent is a forest, a real forest. Hundreds of trees, some I can’t even name. In the woods there are owls, some kind of hawk (I suspect Kite), bats, and I’m sure lots of things we’ve not yet seen. We’ve seen homes and holes belonging to foxes, bunnies and moles. It’s wild, but fenced in – just stay on a path and you end up at a massive wooden adventure playground, with a river running through it.

This river has been split in to two, one half fills a false beach, sand and shallow water, with a marvelous wooden pirate ship that children were swimming to and guarding it with water pistols. No grown ups allowed it seems.

A little walk after this you come to another play area, but slightly more grown up. It’s a “high ropes” walkway built in to some beautiful and high pines. It looks pretty difficult! I’ve not tried yet, and with my phobia of heights I’m unsure I’d be able.

Instead the boys went zorbing again, then we went canoeing. D and I had some great teamwork driving going on. Jen was being a hinderence, shoving his oar in at silly angles at bad times. After dropping it in to the river, then nearly giving D and me forced baths by leaning over for it, I decided to nick it. From then on Jen was just a passenger, and all three of us were happy. Poor Blokey had to sit this one out, but I don’t think he minded as it looked although he had a cheeky nap on the river bank. 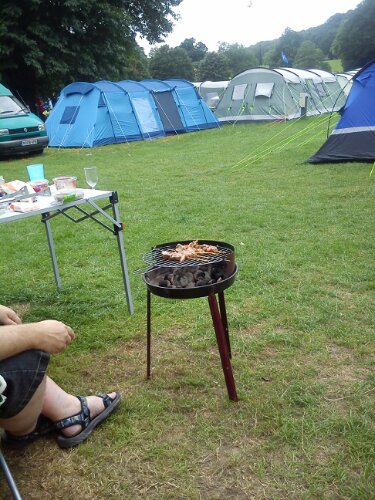 Those are not my legs!

Right now, family BBQ time. Not a sunny evening, but it isn’t raining so who cares. After tea we are going to waddle up the hill towards the posh old country house. Blokey and myself are going to sit in the pub, he fancies a pint, I want the WiFi, and the boys will be in the playground opposite the pub. And relax.

Last night I was outside star gazing very late with D, my science loving smartiepants. I had read there was a meteor shower due, thanks twitter, and we were outside at about 10pm with my telescope. Shortly after this D noticed a shooting star, I hadn’t informed him upfront about the shooting stars and meteors incase it wasn’t accurate twitter news.

Twenty eight shooting stars, or meteors later we gave up and went to bed, at 1am. Oops! It was special though, at home in Gloucester there is always such a nasty orange glow from the cities street lights that we can barely see anything but the brightest stars. For the first time ever he saw Orion and the belt. He was happy as a pig in poop at that. But better was still to come, the later it got the darker it got and more stars became visible. We saw a galaxy! A long blurry glow of millions of stars – like a smudge of toothpaste on a bathroom mirror.

It was something neither of us had ever seen. And it was beautiful. Then as we were transfixed on this smudge on the deep navy blue canvas that was the sky, we started seeing more than normal shooting stars, we watched as the meteors actually burnt up at the edge of our atmosphere and the smoke trails, then these glowing, scorching balls of rock, dead stars, planets, who knows what, just disappearing in smoke.
It.was.awesome.

And again something neither of us had witnessed before. A perfect mum and son moment, despite it being so late. There we were both lying down on grass, in pitch darkness, both having a fear of the dark, yet for a little while we were both so hooked by the celestial display we almost forgot where we were. 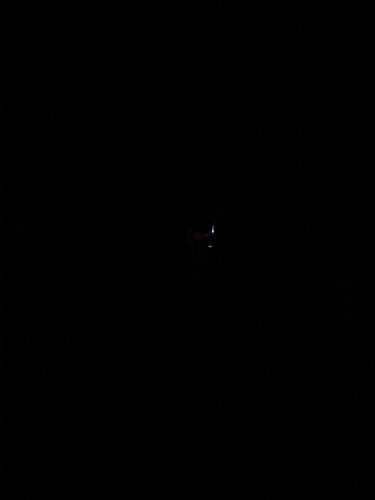 An attempt to photo that sky....

Sadly our camera phones could not capture it. So I’ll leave you with a photo of the moon “setting” behind the hills before it rained stars. 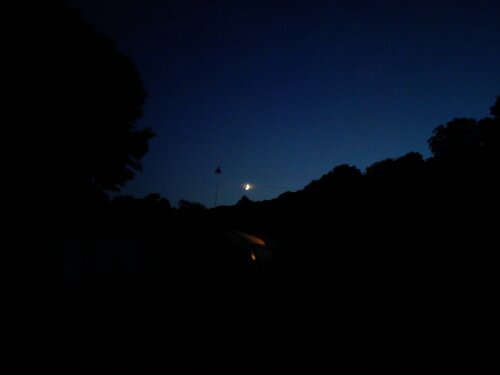 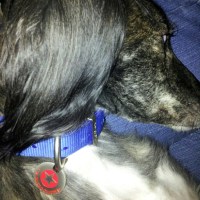