I wasn’t joking about the red mites… They are really annoying. So today I went to a DIY shop and bought a blow torch. I have never used a blow torch but these bugs have got to go. 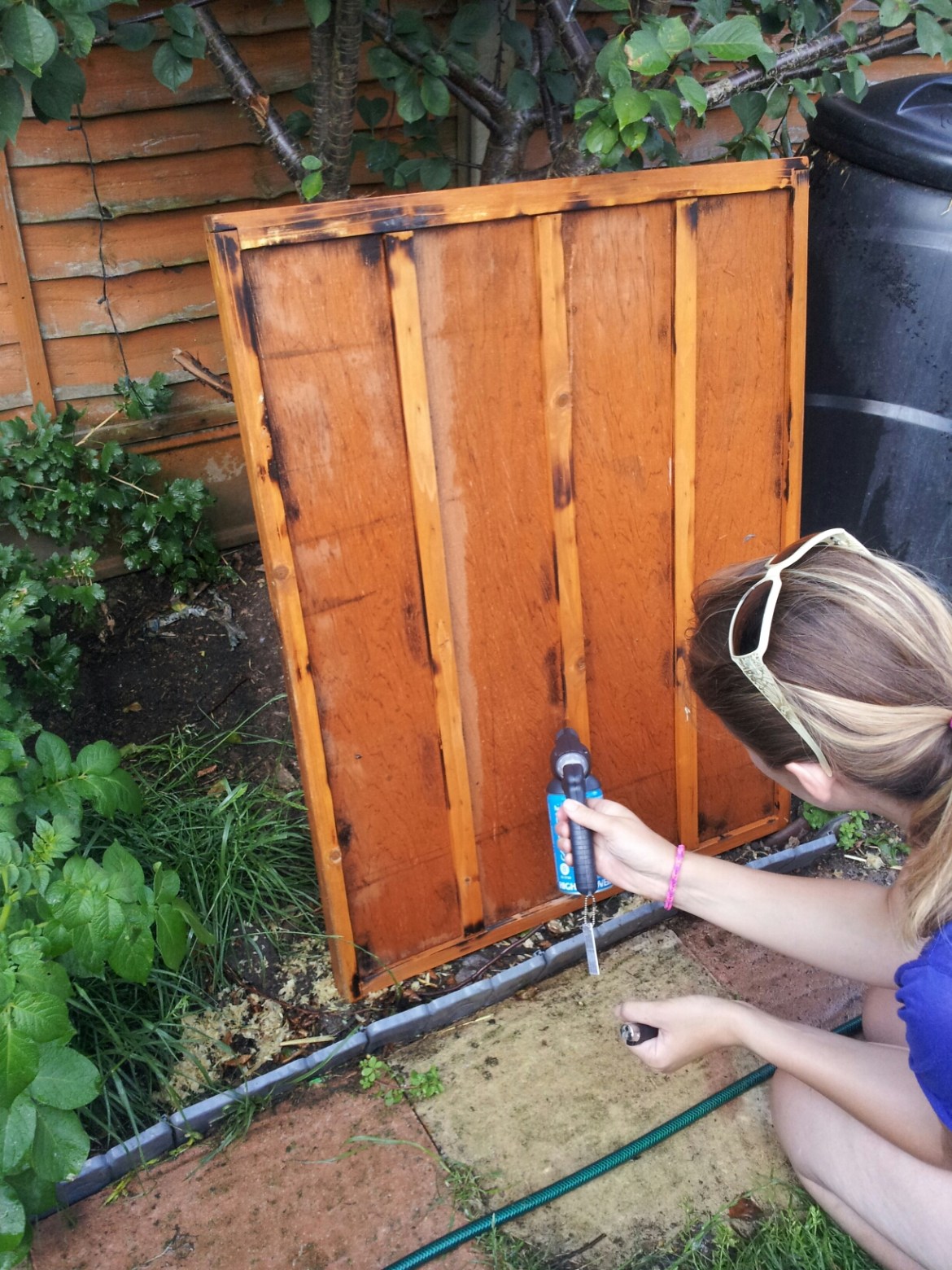 I started by cleaning out the coop and then hosed the sides down again to disturb as many mites as I possibly could. The main floor pulls out so I took this out and started with that. The thing that makes mite a sod to kill is they hide in the cracks in the wood, and as our hen coop is a wooden slat construction there are many teeny tiny gaps.

I lightly toasted the whole of the wooden floor, but concentrating on the corners and joints, and those support beams. 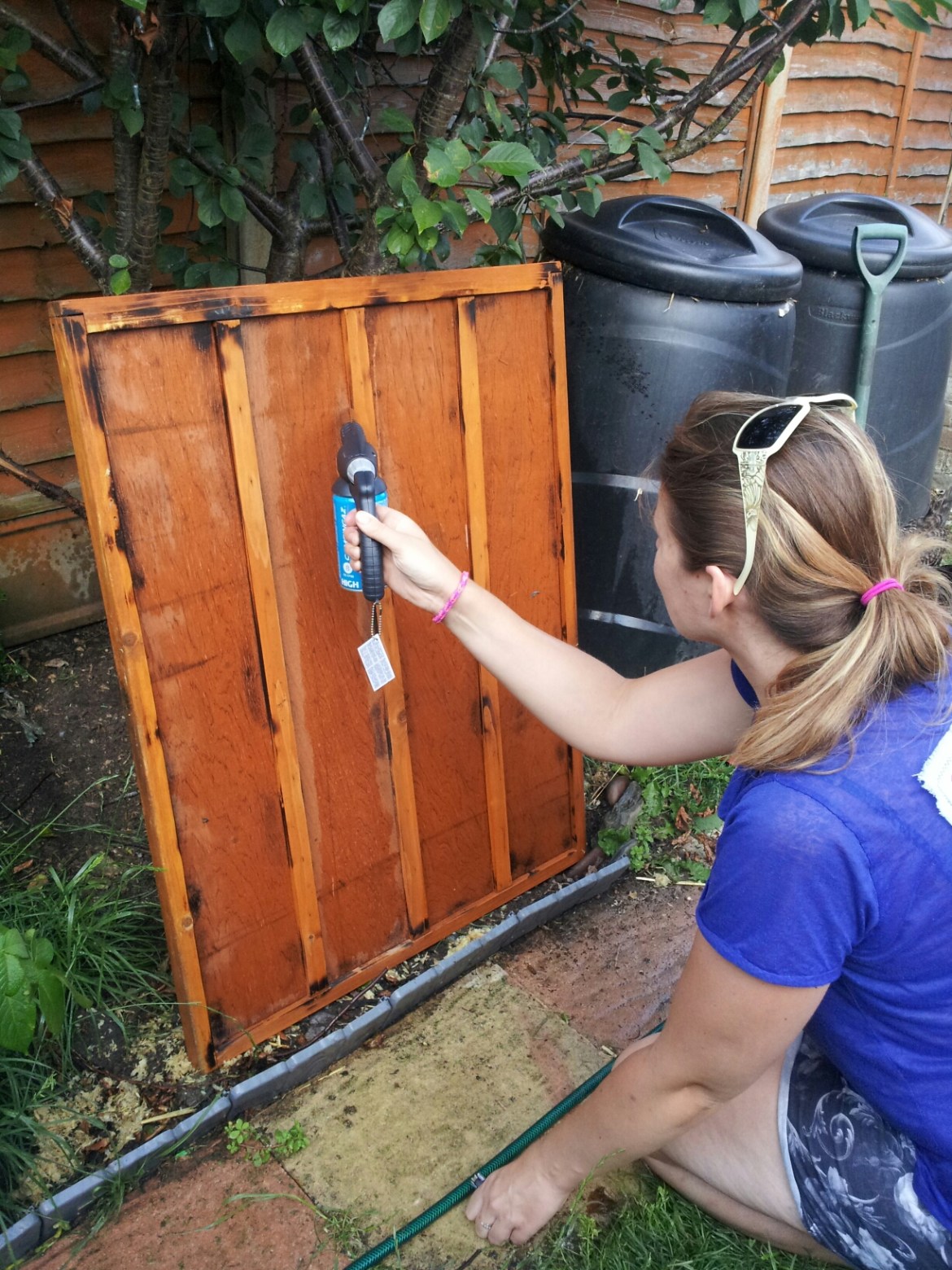 I know I have burn marks on the coop now, but I also bought darker wood paint whilst at the store. We were just so overrun with the red mites I decided I needed to get obsessive to fix this problem. 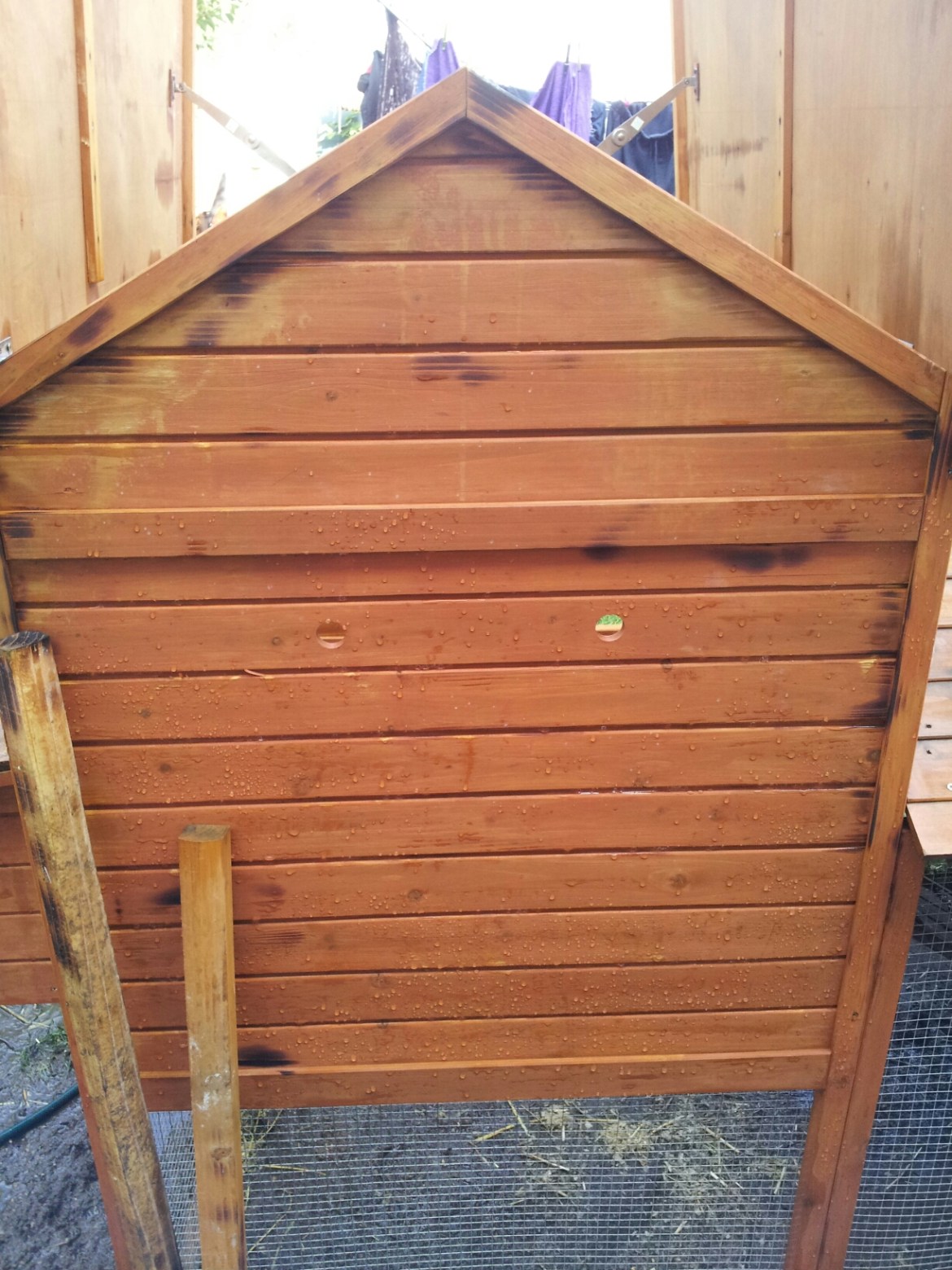 From thousands of mites earlier today its now down to a handful, and I will spray them later with poultry shield to weaken them. According to the blow torch box it runs at 1700 degrees, I assume that’s F not C, but that is still pretty extreme.

My plan being even if I didn’t manage to directly burn the eggs and mites then I think the surrounding air temperature would have injured them. Please please please let all the eggs be dead. Even if the red mite eggs aren’t all destroyed the numbers that hatch should be more manageable.

After a few more days of powders and spray I intend to varnish the coop, hopefully sealing over rough patches that mites love, and filling the tiny cracks between the slats in an attempt to prevent a future outbreak.

Another thing I have done is I bought some play sand and will be using this instead of sawdust and paper. This apparently helps keep them away and I’ll try anything. Its not like it could make it worse is it?
After I was done with the coop about two hours later I quickly torched the ground in the chickens run and in front of their coop. Although other chicken keepers tell me these critters can’t live in the lawn they are.

3 thoughts on “I torched the coop”