Today I heard on the radio that the local junior doctors that were striking doing something awesome with their time. They were using a room at a community centre called The Friendship Café to teach CPR to the public. Far from the lazy doctors some would have you believe. 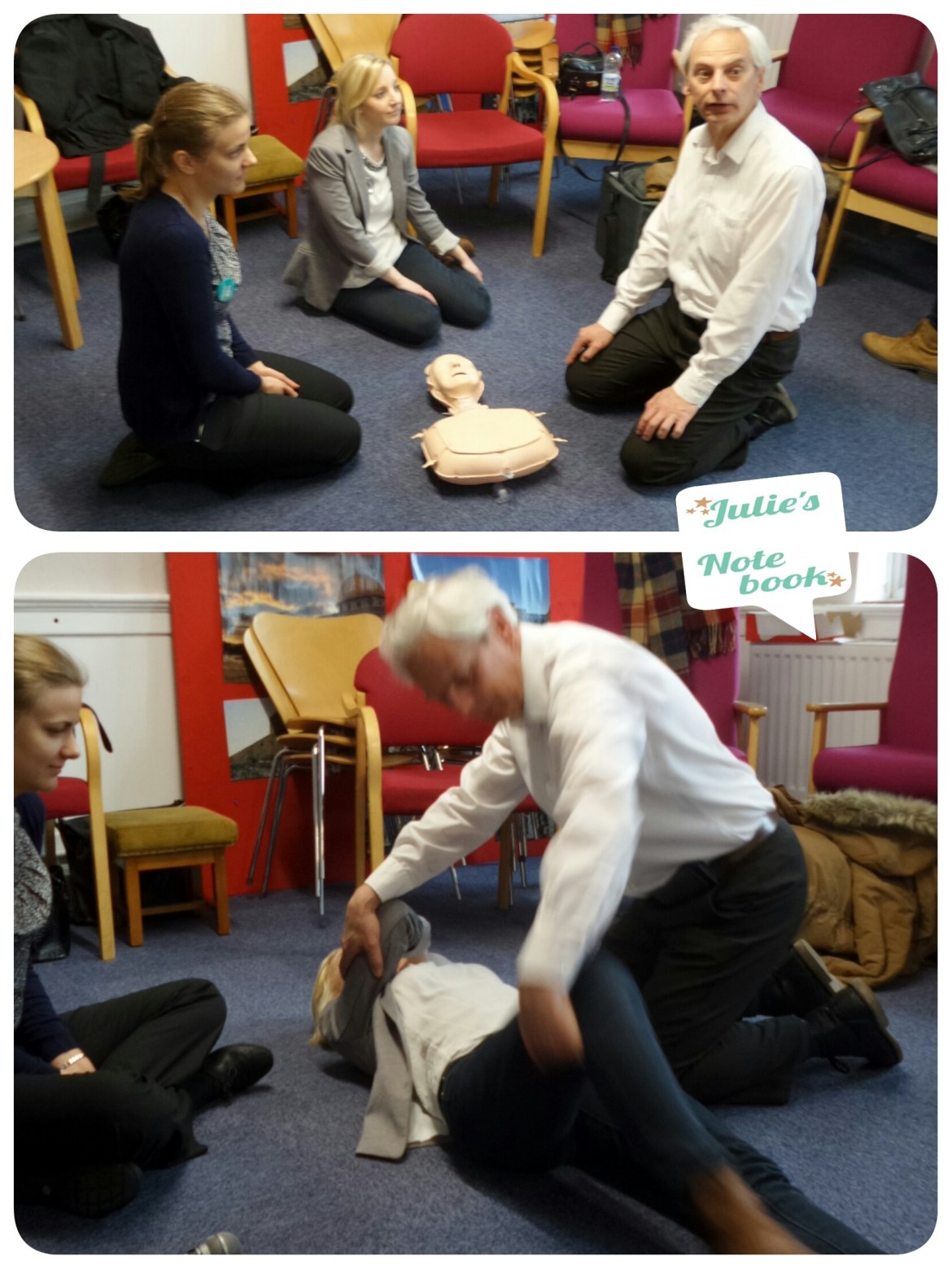 All of the doctors were very friendly, but the doctor I was paired with was called Suzie. She is a wonderful young lady who has only been at Gloucester hospital for a few months after transferring from the North of England.

We had a little chat to start with and Suzie asked what first aid I already knew and if I had ever had to use my skills. I explain I’m one of those people that stop and help when they see problems, for example a car accident or other people’s children getting hurt at the park. Then I told her about the incident with Jen choking just before Christmas – I started crying as I told her, no idea why I couldn’t hold those tears in.

After a few minutes we got on with learning. It turns out that CPR really isn’t that hard to learn. They taught me that they no longer encourage the breathing into your patients mouth, because chest compressions are more effective. As one of the other doctors said “if you stop chest compressions for just a few seconds your patients blood pressure drops right back down and it will be like starting over”.

She is right of course, there is no point in breathing for a patient, if you can’t start their heart everything else is a bit pointless.
They kept saying Dr Abc which stands for…
Danger – make sure that you and you patient are safe, or as safe as possible.
Response – are they really unconscious? Shake an adult gently and say something like “can you hear me?” to check if you get a response. No response, shout for help or call 999 and place them on speakerphone so you can continue to use both hands.

Airway – open the airway by lifting the chin. This makes the wind pipe open more widely.
Breathing – put your ear by your patients mouth. Can you hear or feel breathing? If NOT breathing, do chest compressions (CPR).  If unconscious but breathing put them in the recovery position,  treat other injuries if there are any – for example apply pressure to a wound.
Circulation (or Compression) – check the pulse. Start chest compressions – about 100 compressions a minute, which is about the speed of the Bee Gees song Stayin’ Alive. Or just count seconds in your head and try to do two pushes a second, you won’t be far off the right speed. 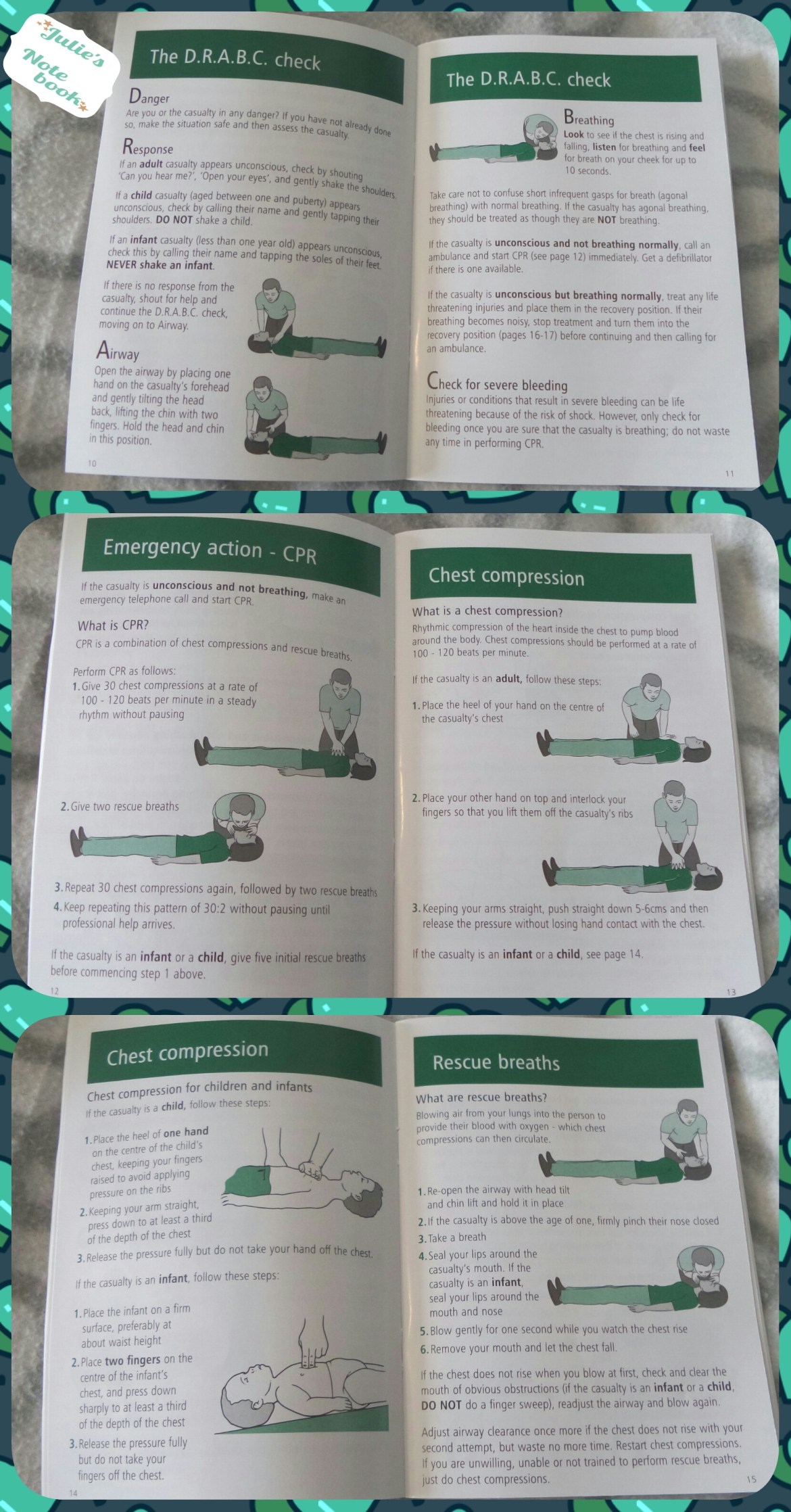 The junior doctors suggest that whilst waiting for the ambulance, try to get someone to help you with the chest compressions. Maybe someone you know, or just a passer by. Ask them to take over, explain you’ll count down from ten and on one you move your hands and they come in. This way there is no break in the life saving effort. Apparently even doctors take it in turns because after a few minutes it hurts your palms and arms, if you push weaker you are helping less.

I love that our doctors did this today, and I support their strike. The contract Mr Hunt is trying to force on them is not safe and not fair. I know I would rather any doctor, nurse or paramedic helping someone I love had had some sleep recently. Working 12 days without a day off, on 12 hour shifts should not be the norm, and definitely should not be demanded of them. It’s not about them wanting a big fat politician level pay rise. It’s about fair and safe working hours.

If we let Hunt carry on we won’t have any doctors left in the UK! Long serving GPs are retiring early, middle of their career doctors are moving to countries that pay better and work fairer, and now Hunt is sticking the knife into the students and junior medical staff. If you also disagree with Hunt imposing a ridiculously unsafe contract on our doctors please add your name to the petition.

Doctors aren’t robots, They are real people too.
#JuniorDoctorsStrike

2 thoughts on “Learning CPR with the striking junior doctors”