Did you wear make up too young? I know I did, by 11 years old I was hiding myself behind the make up. I felt ugly, and had to cover acne.

These days I still can’t go out without at least foundation. I am covering acne scars and other scars. 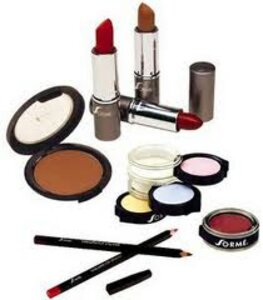 Girls as young as ten are feeling the pressure to wear make-up.

According to recent findings by leading UK based beauty and cosmetics retailer Fragrance Direct.

Are our children under pressure to grow up too quickly? Fragrance Direct, a leading UK based beauty and cosmetics retailer, conducted a survey of 1,600 of their Facebook fans to get their view.

Research revealed that almost half of female respondents started wearing make-up between the ages of 10 to 15, while they were still at school.The summer launch of the One Direction “Little Things” makeup line reignited the debate around whether our children are in too much of a rush to grow up.

Catherine, a 13-year-old student at St.Mary’s High School admits that a strong influence from her friends, celebrities and social media have made her think about wearing make-up to school. “I’m not allowed to wear make-up to school but all my friends wear it, which makes me want to try it out. It makes me feel more confident and I like experimenting with different make-up looks.” When asked what her biggest influence was, she replied “A lot of the celebrities I like wear amazing make-up looks. I usually look at these in the magazines I buy or online, via Twitter and Instagram.”

Fiona Anderson, beauty expert at Fragrance Direct, said: “Our findings reveal that an astounding 45.2% of our female respondents started wearing makeup between the ages of ten to fifteen.  This figure clearly suggests that females are beginning to experiment with makeup at a younger age than perhaps past generations”.

But is it fair to place this responsibility solely with celebrity culture, peer pressure, and social media? Or should we also be looking closer to home?  Out of the 1,600  respondents interviewed, over 25% claim to have been taught how to apply makeup by their mother.

Melanie, a 38-year-old mother of two gave her view: “I don’t mind foundation on teenagers to cover bad skin as it boosts their confidence. A tiny bit of mascara or lip gloss isn’t bad either. If it makes the difference between them feeling confident or wanting to shy away from everyone else, then what harm can it really be doing?”

The majority of UK schools prohibits the use of make-up during school time and actively encourage young girls to put down the make-up brushes. Some schools have even banned the use of mirrors in their toilets in an attempt to deter young girls from spending more time applying their makeup than completing their studies.

Nichola Morris, a secondary school English Language and Literature teacher gave her opinion on the subject “The use of make-up sexualizes young people and makes them look older. Students are at school for an education; not a fashion parade. Make-up exhibits a social status. If they wear it, they instantly feel more confident and it sets them aside from the other pupils. In school, everyone should be equal. Outside influences should be kept for home time.”

Clearly, there are a variety of different viewpoints on this debate, and it shows no signs of settling down as X Factor winners Little Mix launch their teen targeted makeup range to a mixed reception. As role models to a majority of young girls, Little Mix have been accused of contributing to the ‘early sexualisation’ of pre-teen girls.

I don’t see the harm in a little make up, such as lip gloss or glittery hair gel. The thing is it’s a fine line between allowing girls to dress up as princesses and fairies, and them feeling they must wear make up as adults. Even if I’m late, I need to do my make up and will even apply it whilst walking my son to primary school. The idea of being surrounded by my peers “nude” bothers me, A LOT. 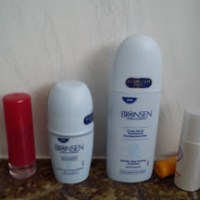