New Year, new me new bog seat. None of the new year lies resolutions for me.
After years of moaning and saying how manky our loo seat is, and dropping hints about it to the man of the house I took matters into my own hands.

It was an MDF seat, factory made and painted white with metal screws. Around 2 years ago chips in the paint allowed boyish whiffs in. The screws were rusted so much that it was locked to the pottery base. No amount of cleaning, scrubbing or even perfume would hide this stench. I seemed to be the only one who could smell it, the lads were nose-blind to it. I was embarrassed if anyone asked to use our loo, the stains that looked like a petri dish experiment just wouldn’t go and it looked like it had never ever been cleaned. 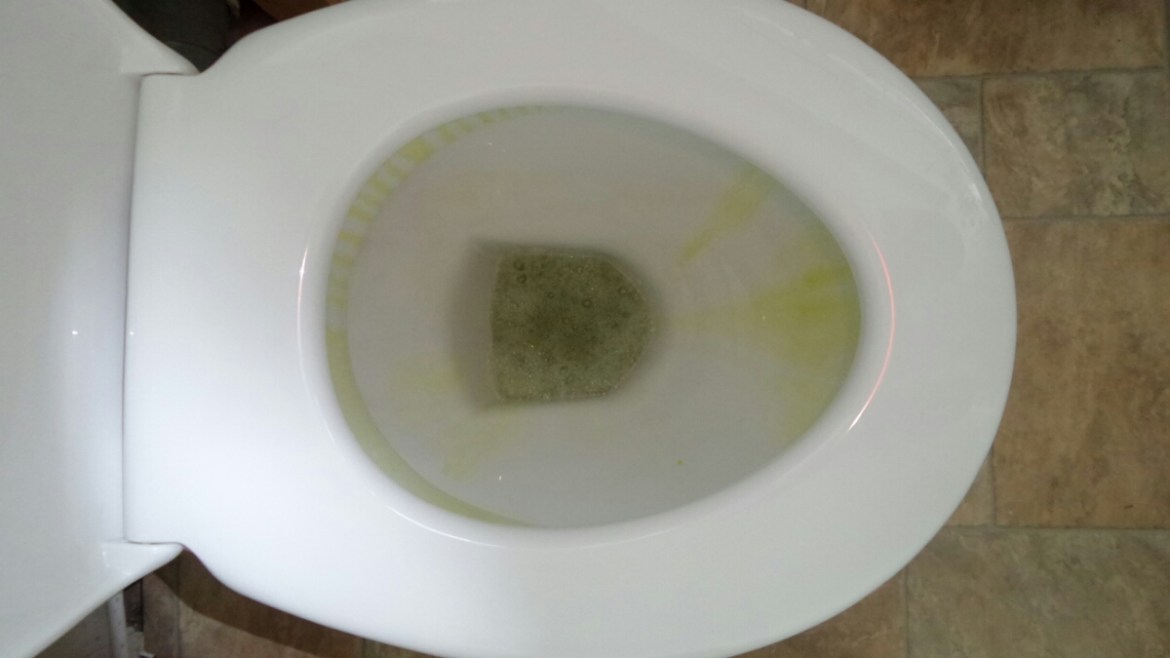 So on New Years day I went to the big DIY store and bought a strong (but non porous) plastic seat with plastic screws so the same thing cannot happen again. Blokey hates plastic but he wasn’t buying! It wasn’t a Value item, it was a more expensive seat that happened to be reduced, and it’s even got a soft close hinge so it doesn’t bang when the boys move it.

Then I set about destroying the old seat. It took a hammer, a chisel, some pliers and a hacksaw to remove the stinking thing, and of course a lot of swearing and moaning. I hit my thumb with the hammer a few times instead of the chisel handle and bits of rust flew like shrapnel. It was nasty.

But now I finally have a bathroom that doesn’t smell like a bus station lavatory. Totally worth the time and effort.

If you are refitting your bathroom any time soon, and you have a condensation issue do not allow the workmen to say MDF is the best option, unless you like the pong of portaloos! Spend more, get something better. 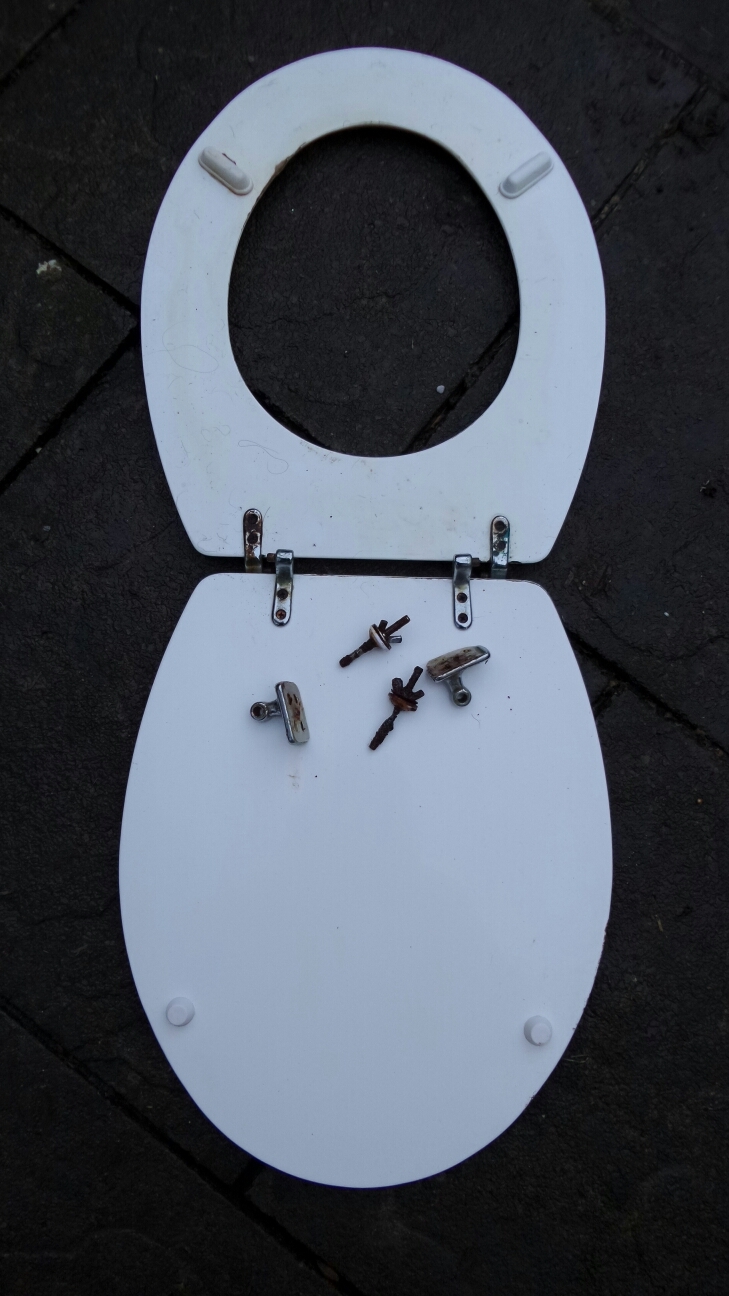 Rot in Purgetory. Seriously look at that screw.

If the internet had sniffable pages the environmental health people would shut this blog down. Yukky!

Anyone else do the traditional DIY on New Years or other bank holidays? It’s so much more rewarding than setting yourself silly resolutions.