A little while ago I was sent the Triop World kit from Interplay for the children to review. Despite often being found in the toys and games sections of shops, Triops are not toys – they are real life pets. The cool thing is they are prehistoric, almost unchanged since the time of dinosaurs and swamps.
I though Dee would be all over this kit, but he said he was too old for it, he’s 13 though. Jen didn’t need to be asked twice if he wanted to hatch some pet triops with me.

To start them hatching you need to have a lot of hours of daylight and have the water around 20 degrees Celsius. Also you can’t fill the tank with tap water, it will kill the eggs before they even hatch. They like it old fashioned – rain water or spring water only. Lucky for us we have water butts in the garden and I took the water from one of these, but I poured it through a kitchen sieve to get out tiny bits of dead leaves or dirt. I placed the tank on top of a spotlight to help keep it warm for the first day so they would hatch.. 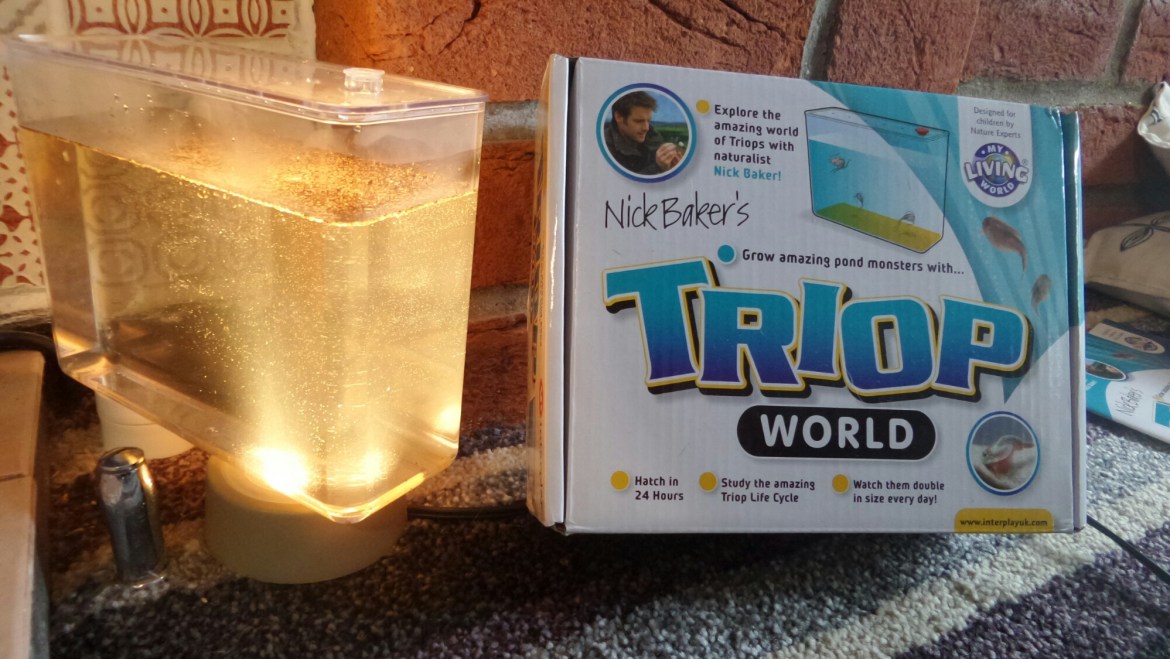 After a day there was tiny twitchy life visible. It was hard to see, but there all the same. At first I thought that they were all baby triops, but most of these tiny aquatic critters turned out to be sea monkeys.

After around a week we had a few noticeably different types of pond life in there, and I think 3 triops. One of them died really early, could hardly tell it was even a triop yet. The next one got to about half the full size of an adult triop, but Jen ignored my advise and overfed his critters – this polluted the water and halved the number of buddies in his tank. Whoops Jen!

The same fate unfortunately met the sea moneys and they all perished inn the extremely warm sunshine of early June – they’d been left on the windowsill so it kind of cooked them, poor things. This just left Trevor the triop as Jen began to call him. He would zoom around the tank really fast, and although we could see him in pretty good detail through the plastic tank I just could not get a decent photograph of him. Here is a collage for you to chuckle at my attempts at capturing Trevor on film. 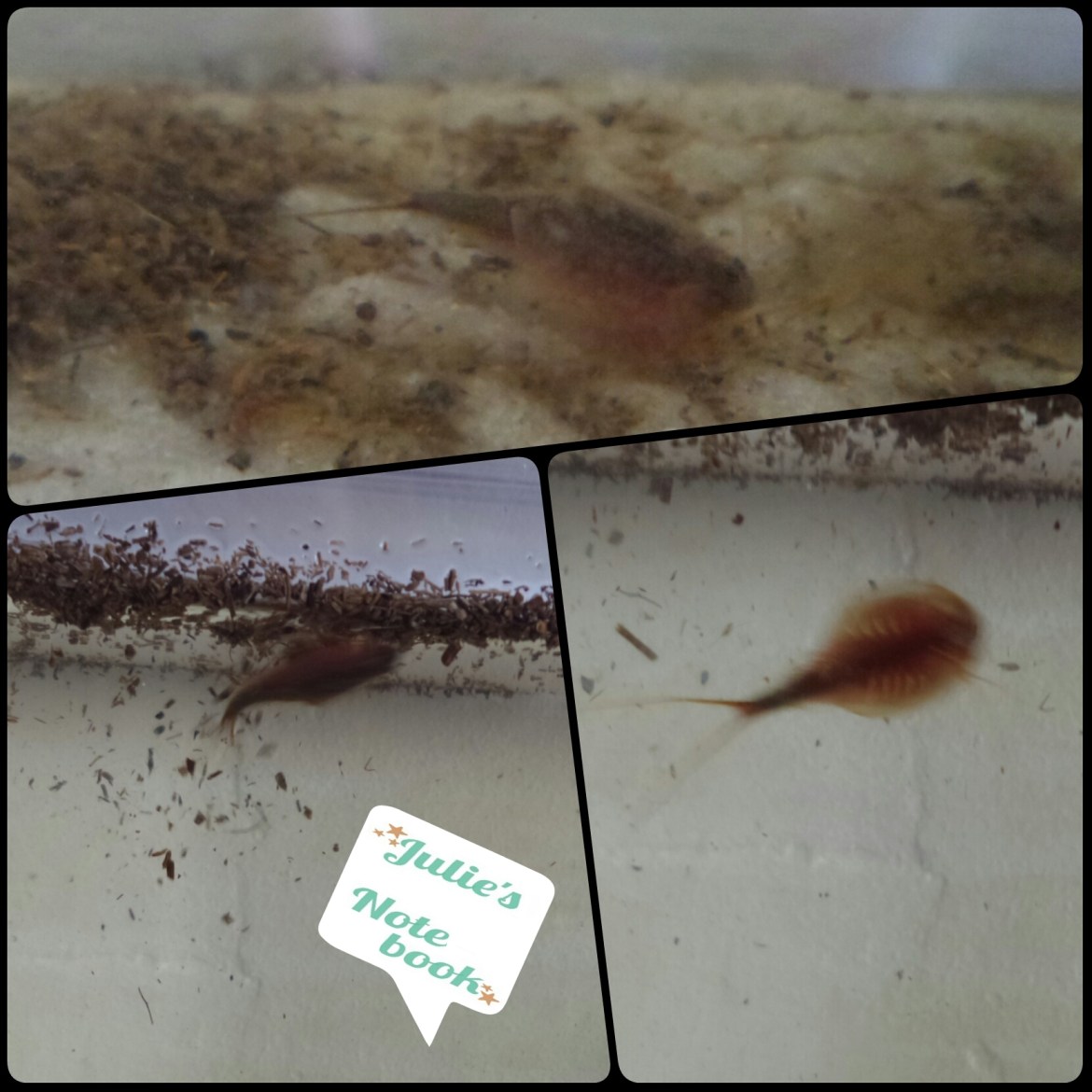 This is Trevor the triop. He was far too fast and fidgety to photo as anything other than a blur.

Trevor this week also died, but that is okay because triops have a short life span and you get more eggs than you need so you get a few batches of hatchlings. If you get a few adult triops they could even lay eggs of their own and you could hatch the children and grandchildren of your kids pets. I think that’s rather neat myself. The thing is the eggs are so microscopically tiny that you’ll never be able to see them – so to get the eggs you need to let the water in the tank fully evaporate, then you scrape the dried scum/algae/dirt off of the side of the tank using a plastic spoon or spatula. Refill the tank with rain water and start off the whole life-cycle again. This is the stage we are at now, waiting for generation two of hatchlings.

Jen’s verdict is that these are cool pets – he was telling other boys at school he had tiny dinosaurs in a tank at home. He really seemed to like Trevor! He only wants to give them names starting with TR so I think I’ll be searching in an online baby name dictionary! These Triop World kits have an RRP of £9.99 and available at places like Argos, Hobbycraft or Amazon.

I rate this kit pretty highly, and I would buy another as a birthday gift for Jen’s school mates, but I would check with their parents first.

Disclosure : I was sent this kit free in order to write this post, the words and (bad) photos are my own work. Please check out the other “My living world” products available from Interplay.