Last week Freya Woof attacked Tikka. I was in the front garden with her on a lead as I was gardening. Freya saw a cat and broke our front door as she ran at it so fast her lead bent the door past the right-angle its set to open up at.

Anyway in that split second I put her in the front hallway and shut door for that cats sake. I immediately realise the back door is unlocked. Too late, Freya is hunting chickens. I run outside shouting at the dog to stop it, let go, drop. Anything. Nothing worked. Tikka was hanging out of Freya’s mouth, teeth wedged around her, I shout gentle at Freya as I pull Tikka towards me. Freya didn’t let go easily, and I thought Tikka was toast.

Both kids came outside whilst this was going on. D was angry I had made a mistake that could have been fatal to the smaller pets. Jen was hysterical and crying as he was upset. I’d got hold of the dog, and at this point a neighbour nearly scales our 7ft fence out of concern. He broke the fence!

As a result of that drama I’ve discovered the hens have red mite, and man they’ve got it badly. I’ll admit for the last few weeks its been more about feeding and bedtime in the coop than hugs and stroking wings. Hence I had noticed. Sadly warm weather helps them breed, and we now have thousands. It feels like the mites have taken the garden. 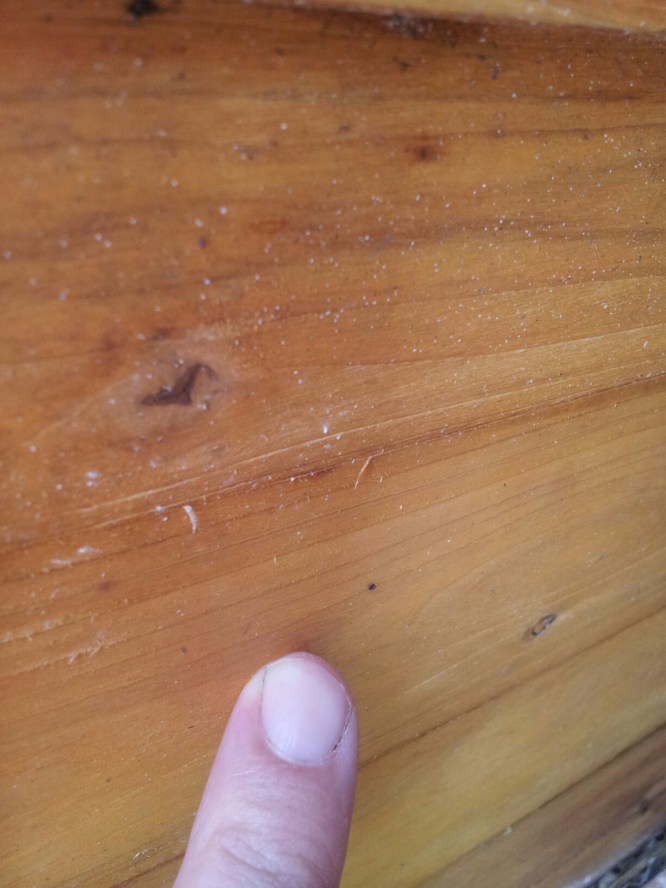 That is a red mite. Tiny? Yup. Harmless? No!

You’ll be pleased to read Tikka is defying logic and somehow survived. I’ve had her on maximum doses of all the chicken vet products that might have helped her. To be honest it was a bit like the potion in George’s Marvelous Medicine, I gave her so many things I kind of forgot. Oops.
But here she is…. 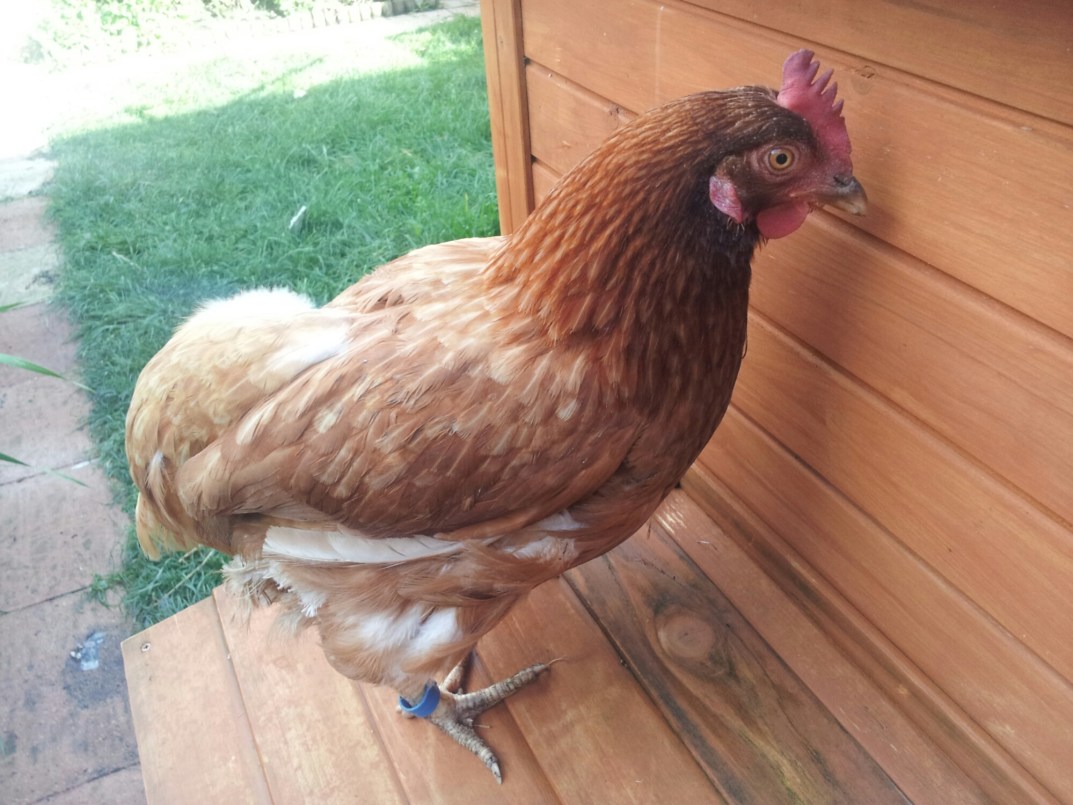 No tail, but getting better.

Things I’ve learnt about red mites.
1. They can bite and live off of humans and dogs. (Sorry Freya its karma my pup.)

2. They hate hosepipes but water doesn’t kill them, it just brings them out of hiding.

5. They go nuts at dusk so use bug sprays and powders then.

6. A bagless vacuum is ace for cleaning these critters, but beware. Empty the vacuum by the wheelie bin not in the house and then wash every bit of the vacuum you can.

7. They live months after feeding once if they have to, and the tiny ones were coming in from the garden on my shoes. Vacuum lots. Squash every bug not just dust your shoes/feet off thinking it will die without food.

8. Seriously, in the event of nuclear war it would just be these and cockroaches left.

9. Poultry Sheild does not kill them instantly. It slowly wounds them. Causes them to get weaker and they go from dehydration. You still need to do something else, as in that time the swarm will have increased hugely whilst some die slowly.

10. Pressure washing the coop seemed like a good idea but now the gits are alive in my lawn, greenhouse and flower beds.

Best thing I’ve found to do in this battle against the mites, hose the coop to get the wood wet, and upset them all so they come out kind of like stamping near an ants nest. Then get a large flat thing, a plastic serving spoon for example. Drag it through the bugs at a shallow angle – it crushes most of them with a satisfying popping candy noise. Rinse and repeat, until you’re bored. Then apply the sprays and powders. You’ll be killing the adults yourself, and letting the treatments get on with the bug eggs. You can’t take down thousands of fast reproducing bugs with just sprays. Sorry.

Most important thing, prevention is better than cure. You do not want these things.
*itches leg*