I was asked if I’d like to take part in Alex and Alexa #SpookyFruit competition as pumpkins totally hog the limelight in October, and the rest of the fresh fruit and veggies are feeling left out!

As we saw there were Lego storage heads in the first prize we had to join in. The rest of the prizes aren’t shabby either, with 3 prize sets on offer

FIRST PRIZE: Everything you need for a truly terrifying Halloween with the kids.

Second and third prizes you just lose some of the package above, so still not bad. 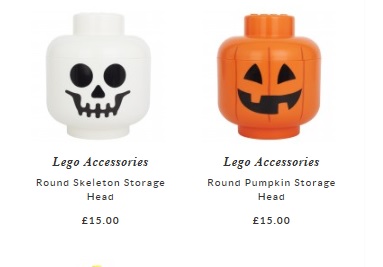 Screen shot from Alex and Alexa 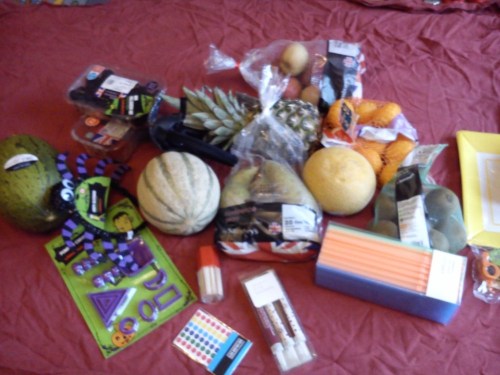 The fruits and other items we were going to need

The boys liked the idea of playing with their food. Not just carving a-la-pumpkin but some really creative, messy fun. 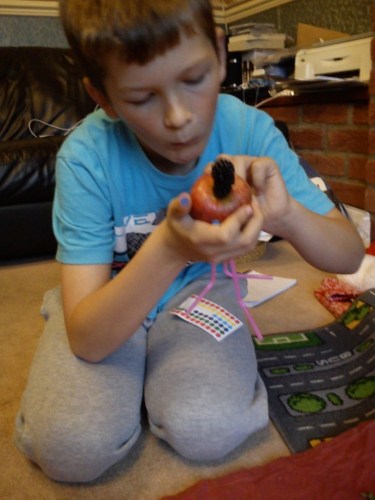 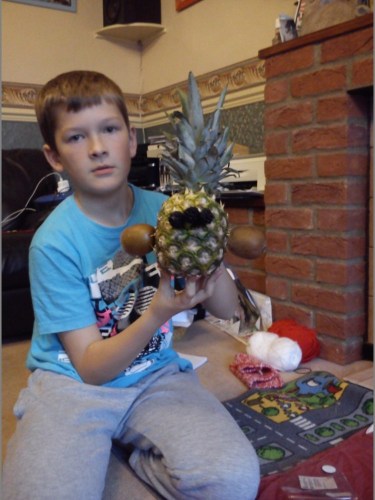 D was a lot more in to it then Jen, who wanted to join in but just wasn’t doing so well at this. 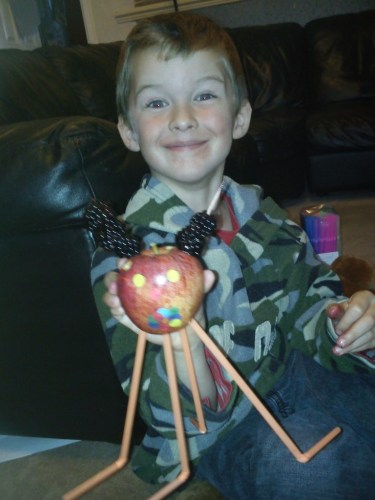 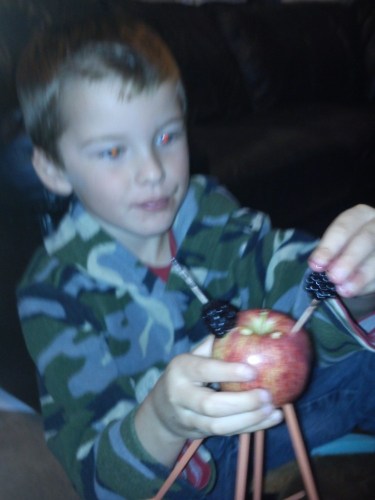 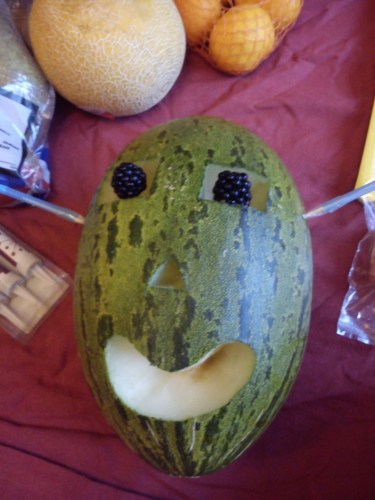 I also had fun, and here are the finished fruits! 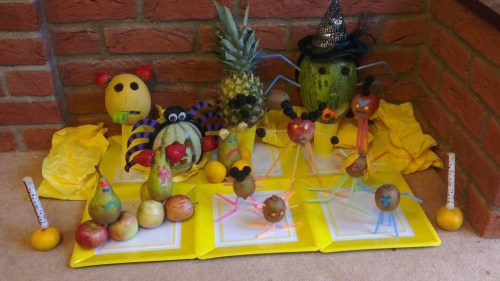 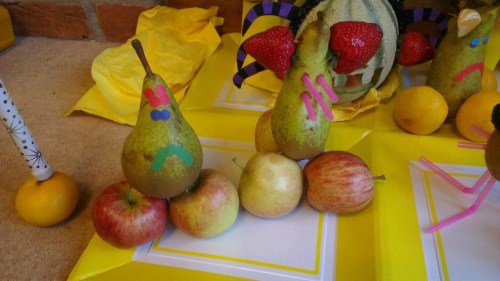 A pair of grumpy pears 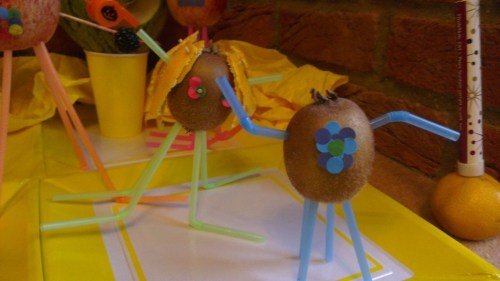 Goldilocks and a Cyclops 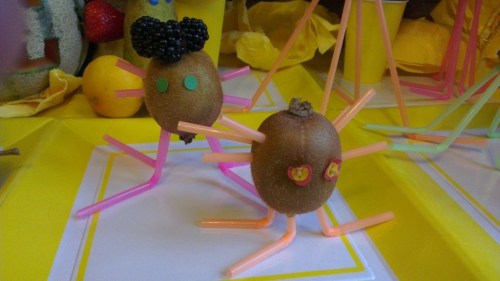 These kiwis are Afro dude and Evil-eye 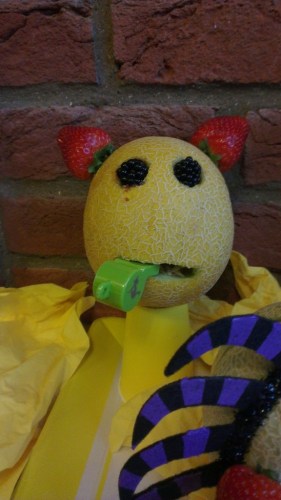 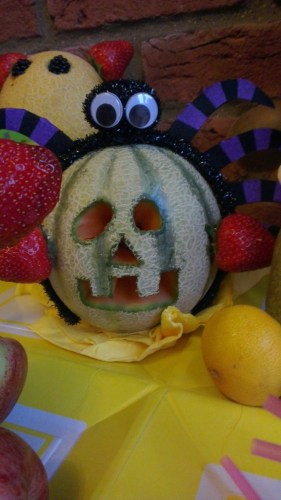 Cute and freaky at the same time 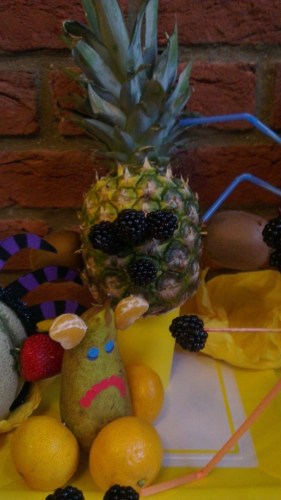 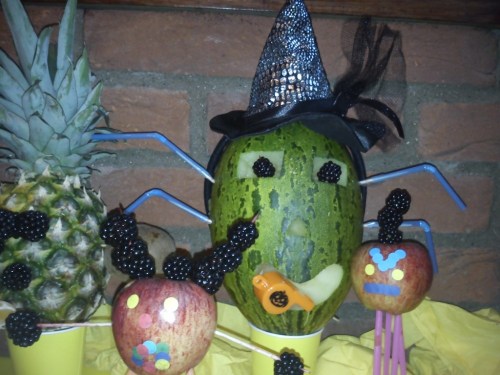 This is my favourite, entirely my own work. I didn’t let the boys touch this one! 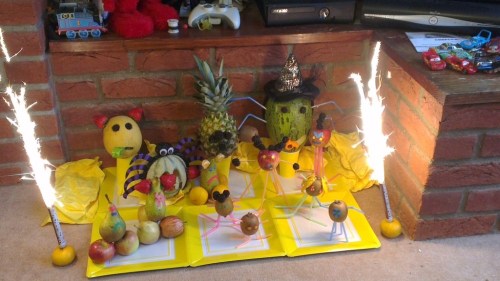 As Halloween and Bonfires night are so close, I finished this off with some fireworks for my new monsters!

Disclosure: I have not been paid for writing this, but I have been offered a refund for the fruit. Creativity and ideas were all our own still.

Ps, no fruit will be wasted as a result of this. That pineapples destined for pizza, and most of the melons will be eaten by Jen. The remainder will become fruit salad, except the kiwi’s which none of us fancy eating since we rammed drinking straws into them. The kiwis will be sacrificed to my chickens, there really isn’t much those girls won’t eat.

If this sounded fun to you, and you’re a blogger, go and check out the competition for yourself.

5 thoughts on “Spooky Fruit – Why Should Pumpkins Get All The Fun?”