Yesterday the kids were bored and moaning they didn’t want to go out. They’d gone a bit stir crazy in fact and all the overly aggressive “playing” was worrying me. It was one of them days. After another time-out moment Blokey and I told them to get coats, shoes and the woofs lead. We hadn’t had lunch yet, and Blokey and I just needed to get them out of the house. We popped to a certain popular drive through to grab lunch without leaving the woof. 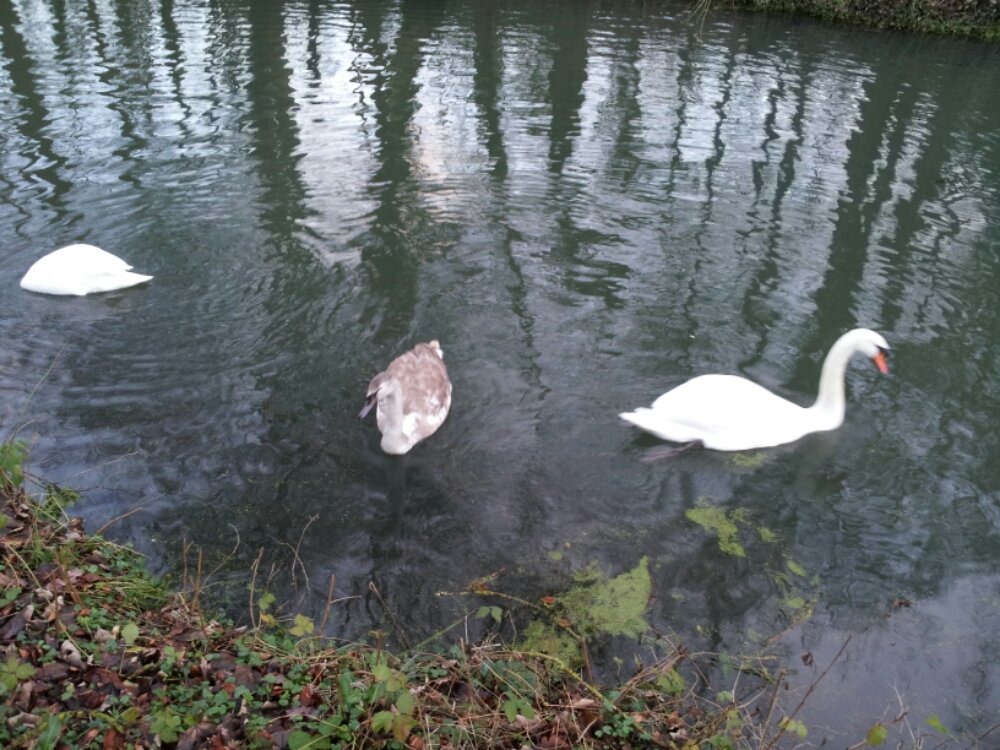 Mummy swan kept following us and was hissing badly towards Freya. Freya made no attempt to retaliate. Good girl!

The plan was grab treat food and take it as a picnicy late lunch to have on a country walk. Just as lunch came so did rain showers, so we ate in the car with Freya woof crying about not getting people food. Just about the time we finished the shower stopped. The plan was back on!

Blokey was driving, we went to a stretch of canal on the way to Stroud. I had never been to this area before. Blokey complained he was a bit disappointed as he thought the road was further away from the canal and path than it really was, so we couldn’t release the hound. 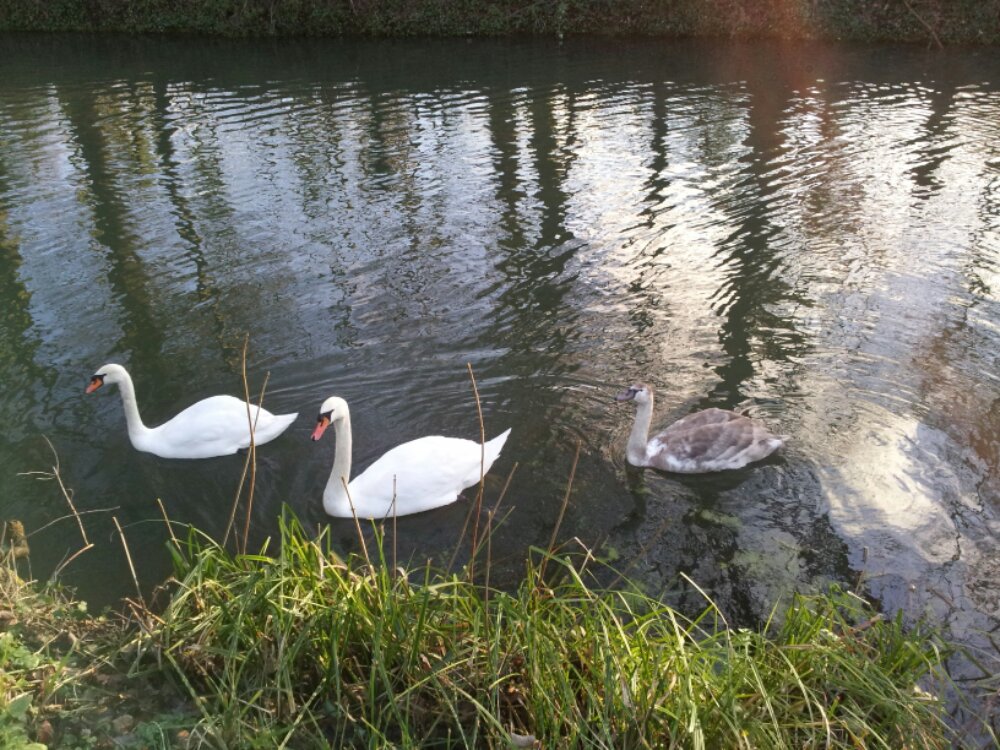 First thing I notice as we parked up. 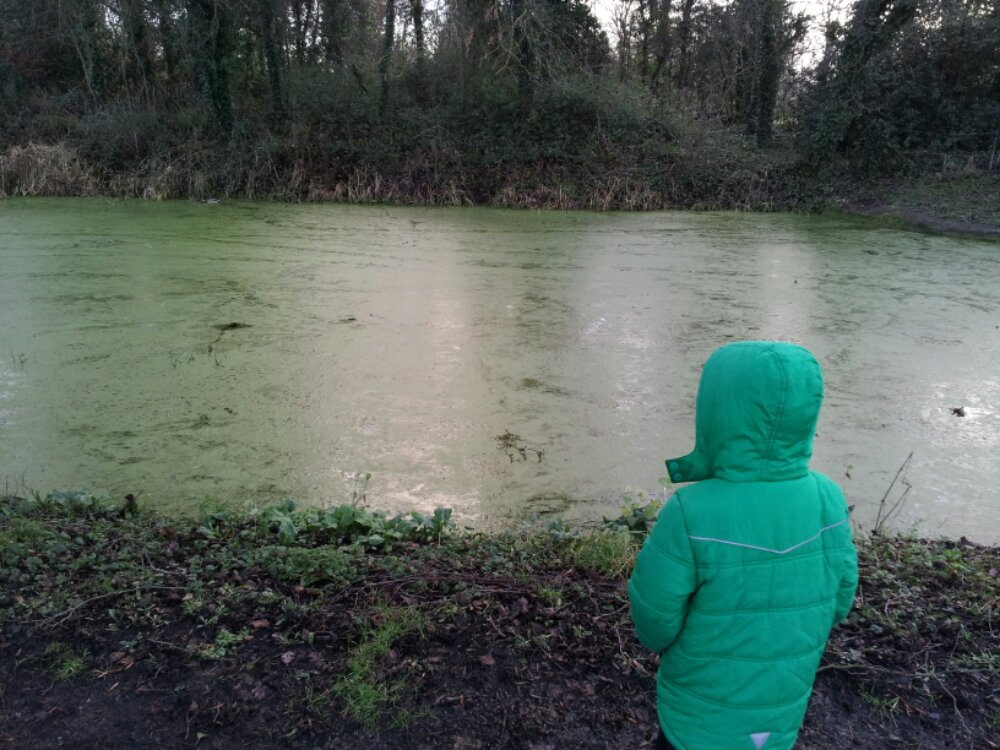 The water looked solid because of algae and weeds. 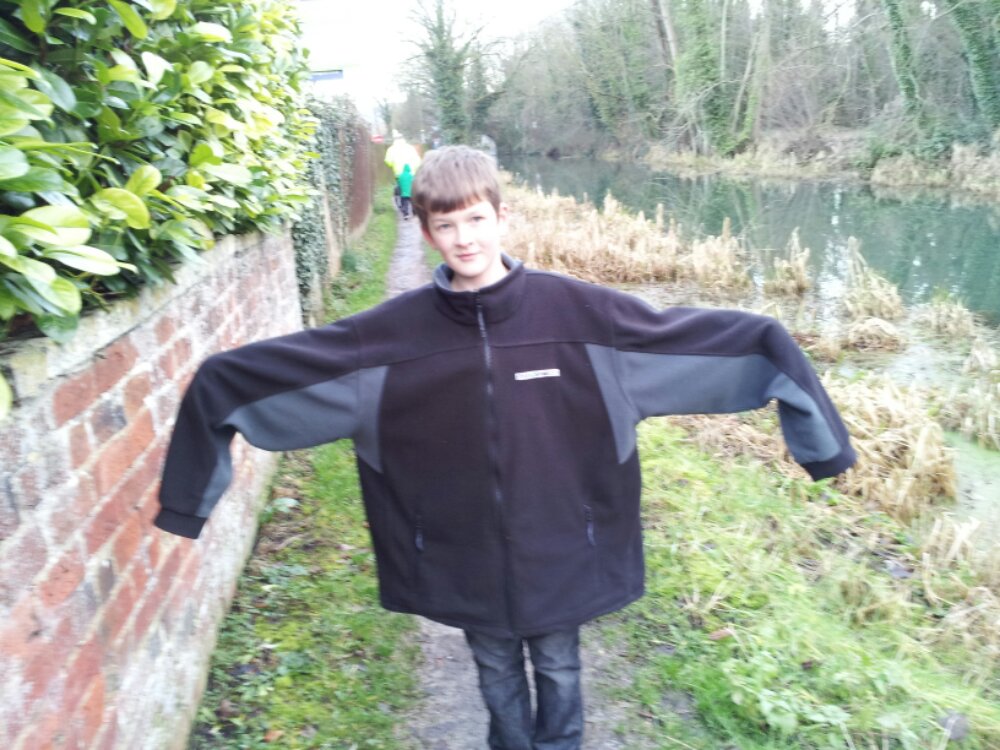 D wouldn't bring his coat. Dad's jumper it is then laddy! 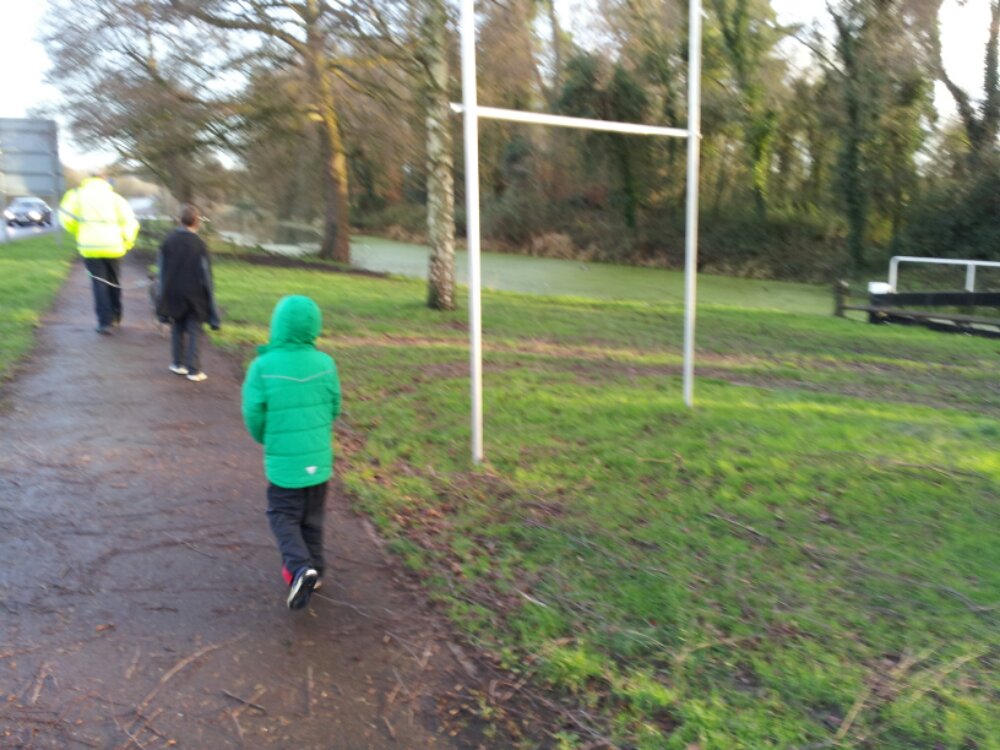 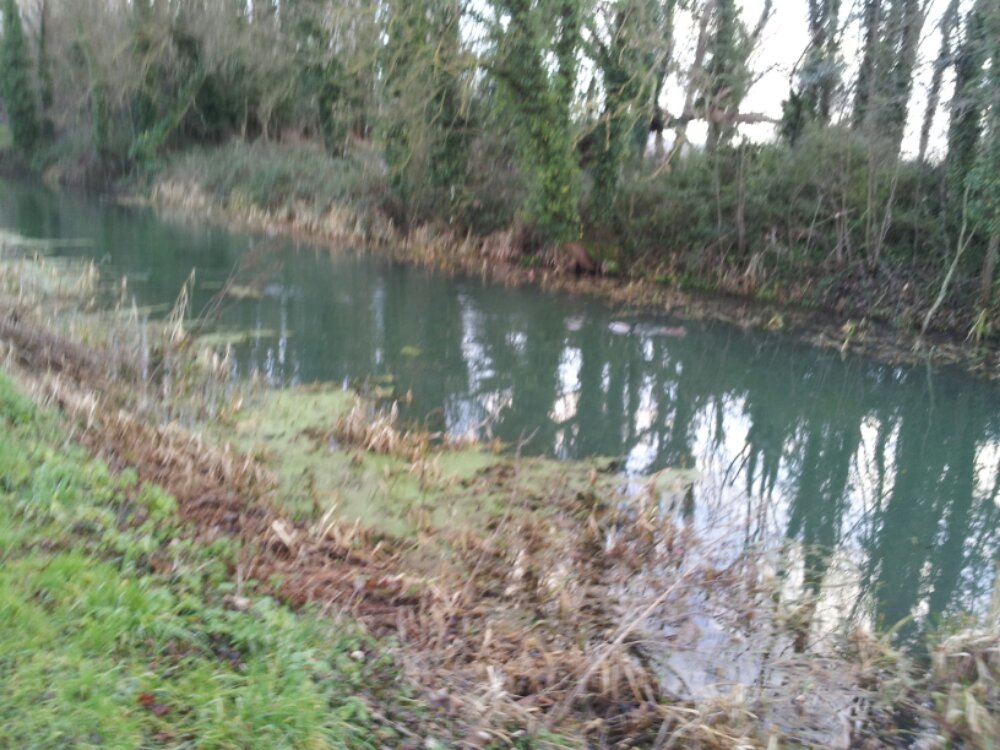 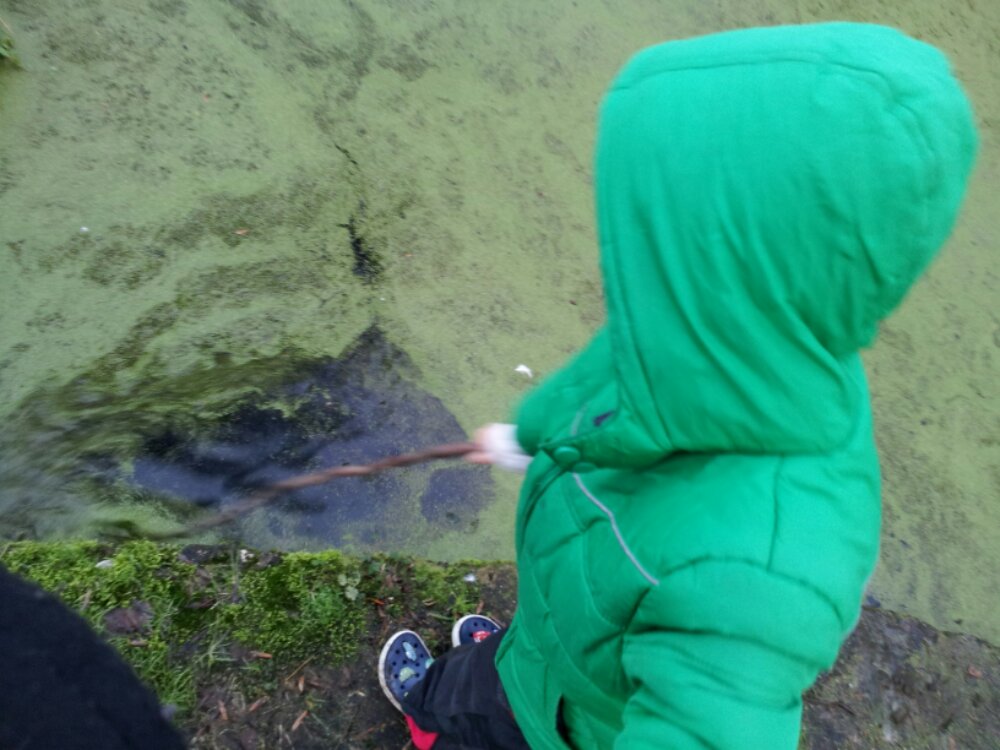 Jen couldn't believe this was water so we poked and stirred it.

I never realised my boys might not recognise that a floating mat of pond weeds and algae wasn’t solid. They thought was like a mossy stretch of tarmac, rather than deep water. I’m glad they encountered this whilst I was with them, D admits he was going to walk over it to get a closer look at some ducks. They know canals and rivers are dangerous – but this looks different to any water they’d seen before. A valuable lesson! 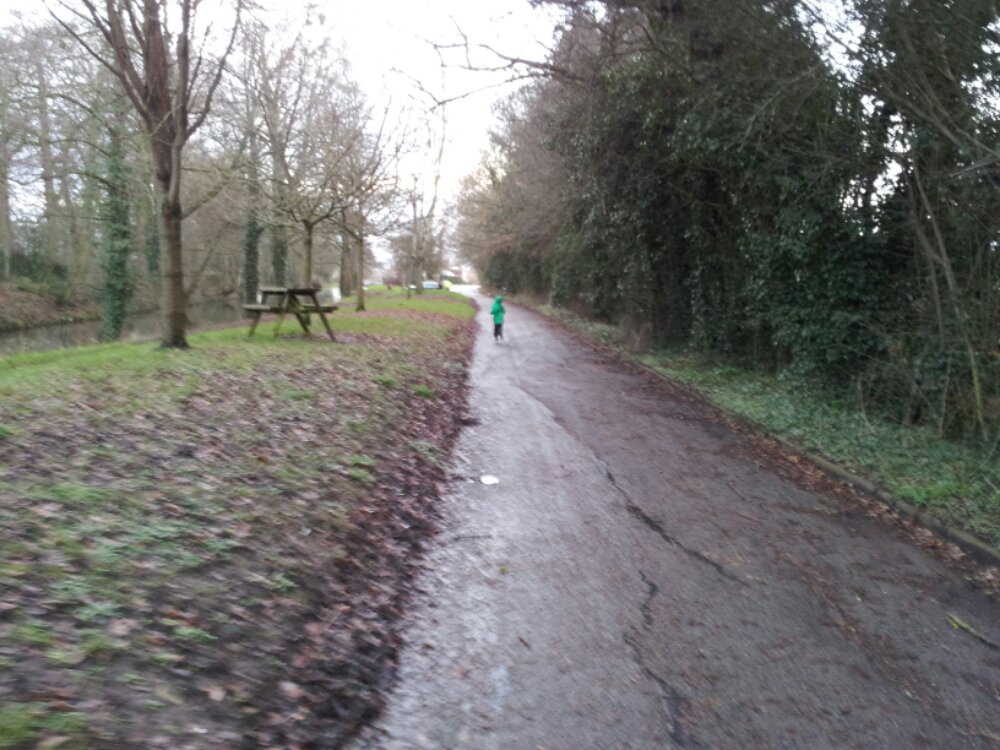 Leaving me behind again. 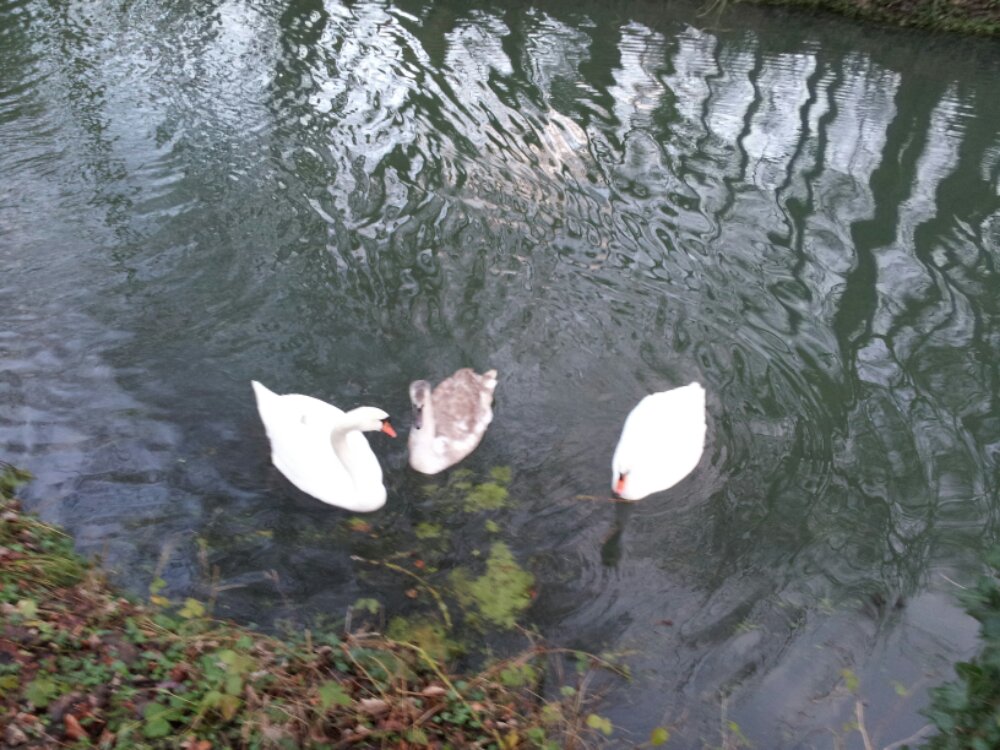 These swans kept following us!

We had fun, and were walking almost an hour but these swans just didn’t give in complaining at the dog!
Yesterday we learnt…… Swans really don’t like dogs!