I am pretty sure people that know me well know I love the Manic Street Preachers.

Last night was my Christmas present. Blokey gave me a xmas card with a note saying “this is a promise of a hotel booking, manics gig tickets for two and a babysitter”. We don’t get much alone time without the boys.
A very thoughtful gift I thought although it was a long wait. 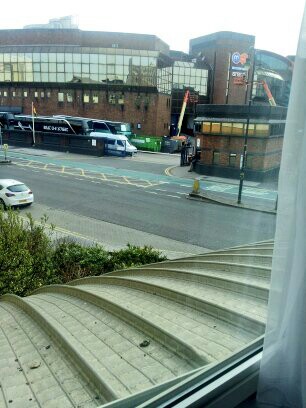 Our hotel room was opposite the back door of the arena, which gave us the added bonus of hearing the “warm up” as they had the back doors open. Wooo hoooo.

I got dressed and we went out into Cardiff town for food. I was getting odd looks in my gig outfit. 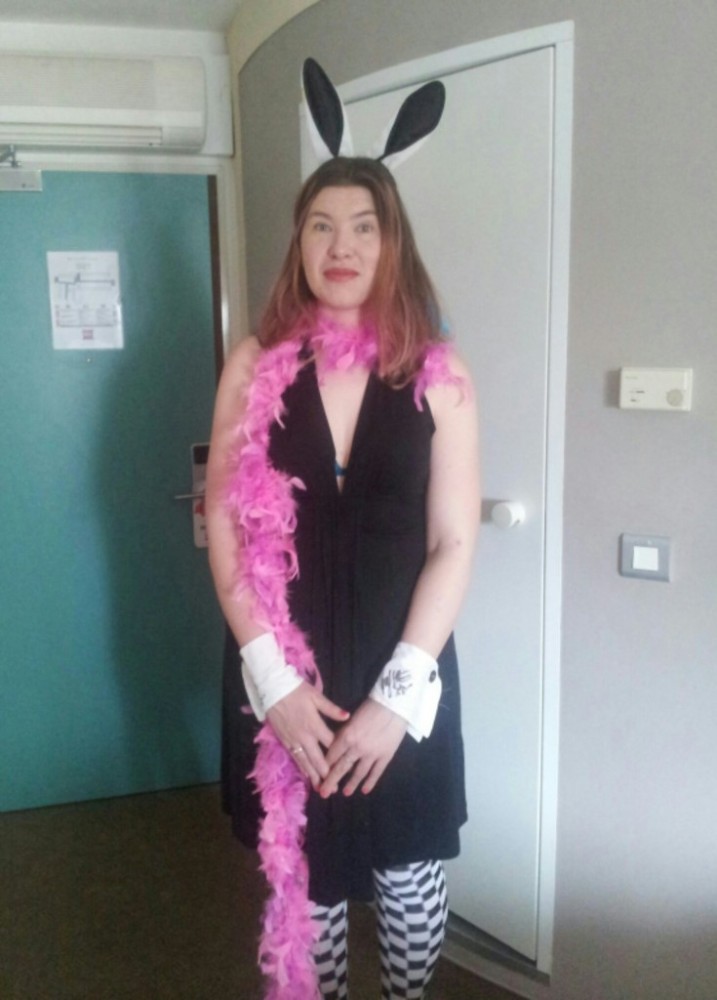 It seems the people of Cardiff didn’t bat an eyelid at the bunny get-up but the tights were getting attention and lots of sideways glances. Oops.
After a little walk we found ourselves in Nandos – with no kids we could have it as spicy as we liked. When we were in Nandos the staff offered Blokey a pair of free (no catch, not BOGOF) tickets to the Cardiff blues versus Ulster rugby match. He declined based on “doors open at 6.30″ written on our concert tickets. But it turned out music didn’t start until 8pm so we could have gone to the match after all. Such a shame.

Wolf Alice were the warm up band. A noisy rock group that in my opinion sounded like Garbage’s Shirley crossed with Lana Del Ray, vocally I mean, not in musical style. The style was like Nirvana meets The Clash but angry, wild and loud. Very very loud. Sadly the sound mix was shocking. The bass was way up for their set, the vibration was shaking so much it was killing my vertigo-prone ears. It made it impossible to hear the words that were being sung, or occasionally screamed. When we get home I will be looking up Wolf Alice on the t’internet as I really think they could be good, but sadly didn’t have a clue about playing a bigger venue.

Then on to the boys – The Manics, Nicky, Sean and James. You were awesome, as always. But Nicky I was disappointed…. Where were your feather boas? Where was the femine attire? Ok ok, you got changed into a sailor suit, and yes yes it suits you. But it’s not right! I’ve never seen a gig of yours without Nicky in drag, with feather boas or indeed both. Considering this was your home gig, I was shocked. 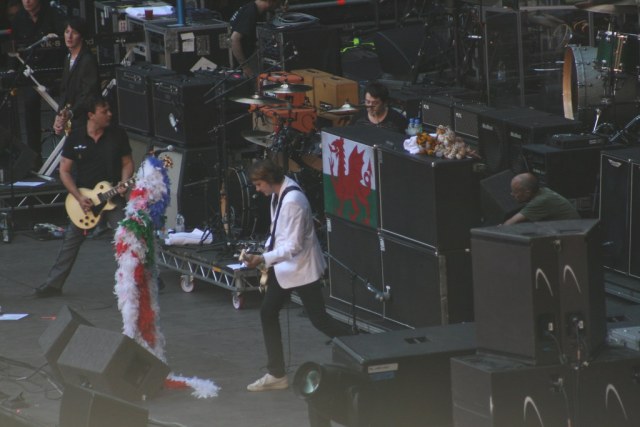 I liked the songs, even the German one. We had discussed if you’d sing “rewind the film” as the album version is voiced by Richard Hawley in a very Divine comedy style. This isn’t something James can do. It was instead sung like a marvelous cover version, one I think we need on a future B-sides album. Lipstick Traces version two please guys?

Thank you Manics, Wolf Alice, my Blokey and the Welsh public for an awesome evening.
Happy Christmas.

My shoes were that high I broke a toe, just from walking. No running, falling over or anything silly. Totally worth it though!

On the way home to see my boys now, and dinner at Blokey’s mums. My boys, my man and their Nan.  Then off to Stroud to collect Freya from doggy daycare.

Can you consider donating please?

5 thoughts on “The Manics in Cardiff”