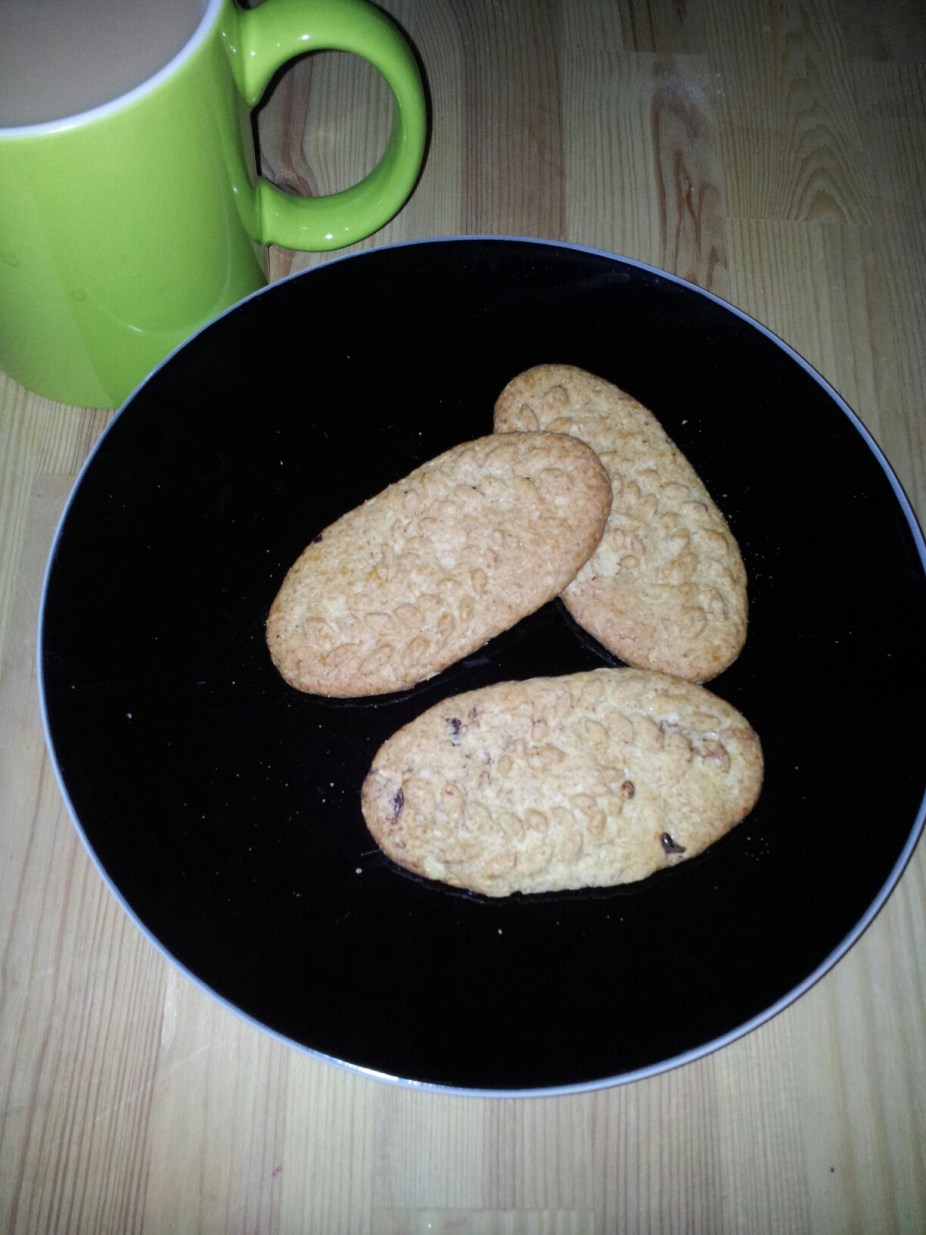 BelVita and a cuppa.

What little wins do you have in the mornings? Have you recently had a really great start to the day? That is what BelVita want to know about.

For me it’s been better recently as I am in less pain, a doctor finally listened properly and realised I was telling the truth about being in pain for years. She suggested something was damaged in labour 6 years ago and the nerve damage tablets I am now on are helping. Now I have occasional not constant pain. I even wake up pain free some mornings! To me that is huge.

My youngest son Jen has just learnt to cycle this summer and now he cycles to school some days – this means if we are running late we can cut about 5-6 minutes off the journey time.

Freya woof is calming down. Wet marks and “accidents” are occurring less often so I don’t have to Vax so often. Coming downstairs to these gifts wasn’t my idea of fun. 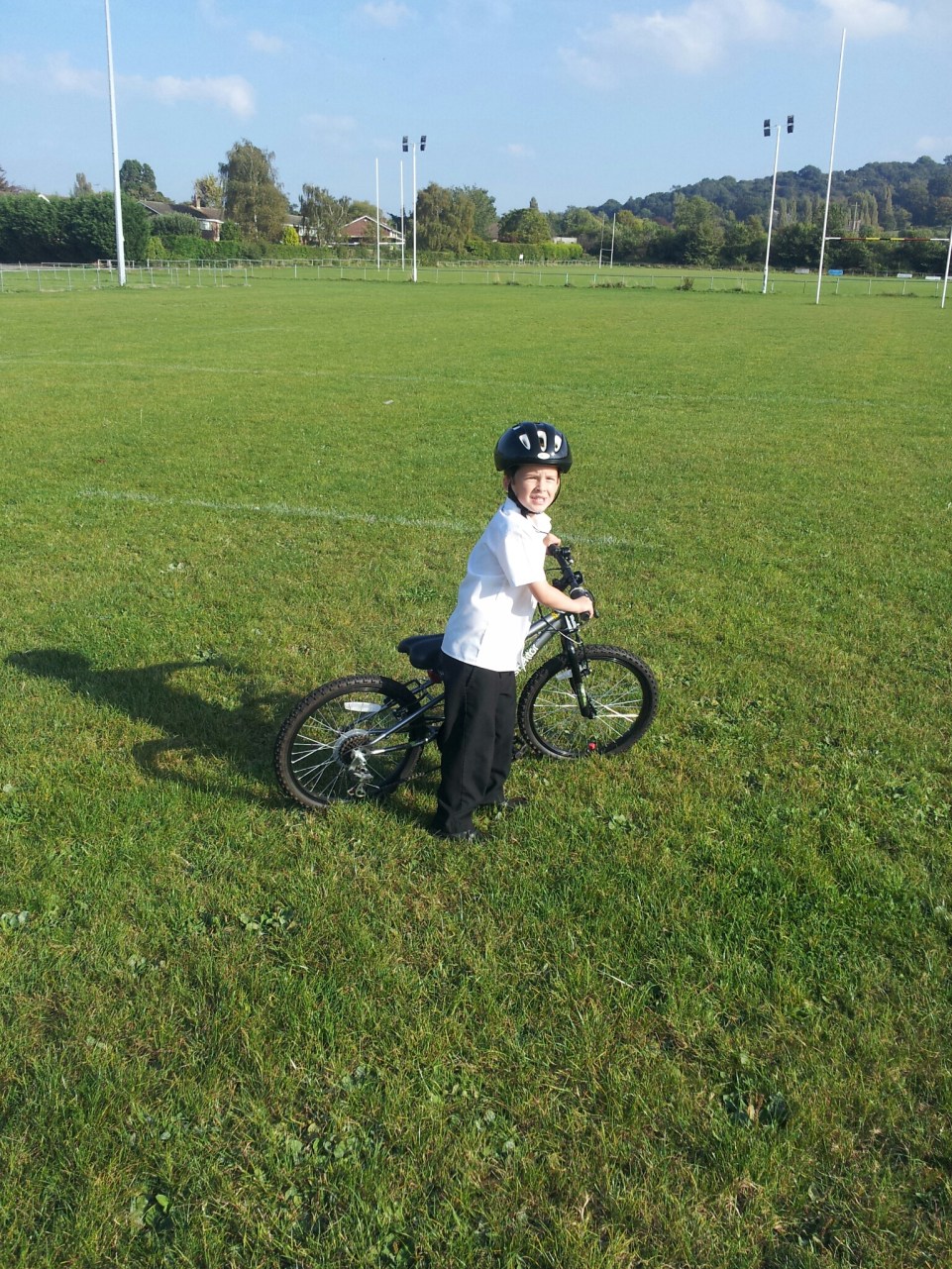 Jen on his bike. Helmet on.

I’ve been taking longer walks in to the city center when I am child-free straight from the school walkies. Freya is with me, and most shops don’t allow dogs but I have struck up a little deal with a Big Issue seller following on from this…. If he looks after my woof I get him a cuppa.

He went over to Freya one morning as I was in ‘Smiths buying a newspaper – Freya always cries when I am out of reach and I saw him walk straight to the bench I had clipped her lead on to. He was randomly kind to my girlie and to me. When I came out the Big Issue guy looked worried, said “I am sorry I touched your dog, don’t be mad I just wanted to help her stop crying.” Why would I be mad?

I was delighted – at the time I had a £5 Costa Coffee card in my pocket. I asked him his name, it’s Ben. I gave Ben the Costa card saying he’d been randomly kind to Freya and I, so I wanted to be kind back. I said sorry it’s not much but before I finished the sentence he explained the local Costa staff give him better prices so it was a bigger gift than I thought.

Ben and I got talking and he loves dogs. He used to have a dog but had his dog rehomed whe he became homeless – he said it was the kind thing to do and he misses his dog. But what he said made sense, he said it wasn’t the dogs fault he had come into hard times, and he could not bare to watch his loyal canine buddy go hungry and cold. He couldn’t house himself, but he could rehome his hound. That struck me as so sad, but so very very kind of him. He loves watching Freya for a few minutes for me, for those few minutes he has a huge smile again – but I would have felt so guilty suggesting he watch her before we got chatting

The conversation got on to how nice it was that I could see him, how people ignore him, especially younger people. I had smiled at him on the way in to ‘Smiths, but I had been too shy to say hello. I hadn’t ignored him at least, but it is such a shame people assume homeless people are bad people. This young man was lovely.

I went out for coffee and a newspaper. I came back without the coffee but having made a new friend. I’ve seen him in town since and he always chats to Freya and I.

That is a #MorningWin right there I think. 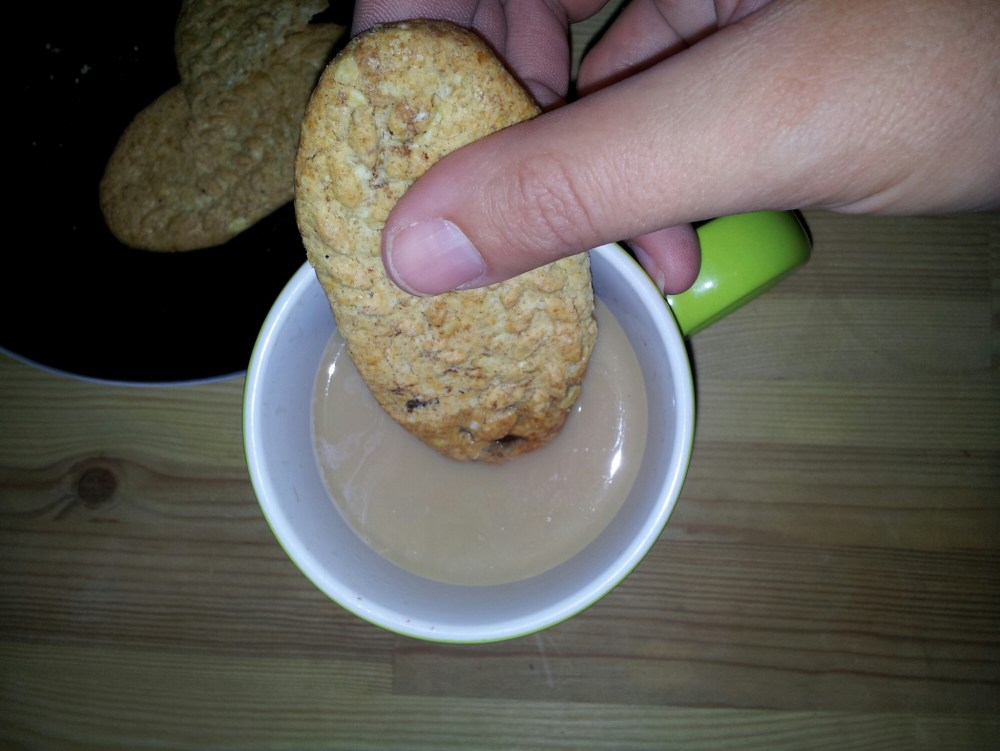 Disclosure : This post is an entry for #MorningWin Linky Challenge sponsored by belVita Breakfast. Learn more at http://bit.ly/belVitaUK. I was kindly sent a £5 Costa card and some BelVita to try for free. Ooooh and I forgot to tell you, they are yummy.

4 thoughts on “The #MorningWin challenge” 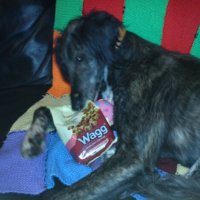 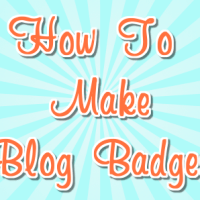 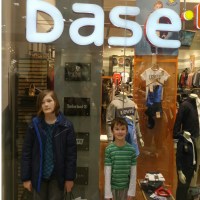