Our garden is shocking, the soil quality in our area is pretty poor, but ours has building rubble mixed in. Not great for growing anything (except for those pesky weeds unfortunately) but I do keep trying. Over the years we have dug away some of our soil and binned it in “gardening green bins” so we could replace with better soil, mud, compost or whatever you want to call it. But it is still pretty poor. So poor most of the neighbours have given in and paved, patio’d or decked their gardens over. Not me, I like nature!

As we keep chickens, rabbits and a guinea pig we do at least have free manure to add to our compost bins to make it richer, but the biggest issue is the clay that this area is built on. After years of attempting to grow veggies in the flower bed and getting nowhere fast, I’ve now gone to growing wild flowers from seeds and bulbs, and fruit trees in the old veggie bed. Every so often when my compost bins are full I dig a trench in the bed and just bury the fresh compost. Of course to entirely strip out all the original soil and replace with new, good quality topsoil would cost me more than I can afford at the moment. 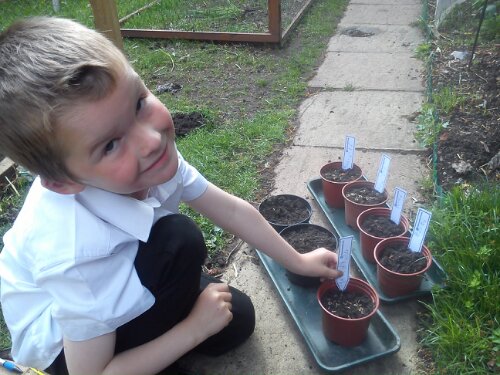 If you look behind my son you can see one side of the path, what chickens do to a lawn, and on the other side is the bed that my trees are in.

A couple of the neighbours had this done and they had to bring in landscapers with mini-diggers to get through this hard, heavy clay. Understandable, as I have snapped a few garden tools on this ground myself!

For soil quality I admit defeat, and I am just going with slow improvement and home-made compost or bunny poo. What is certain is that my fruit bushes are growing better than my cabbages and sweetcorn did last year. So maybe its working. I planted trees and bushes as I want to grow food and show the kids that gardening isn’t all sneezy flowers, but also for another reason, I was hoping the roots would spread deeper and “fix” the ground for me. 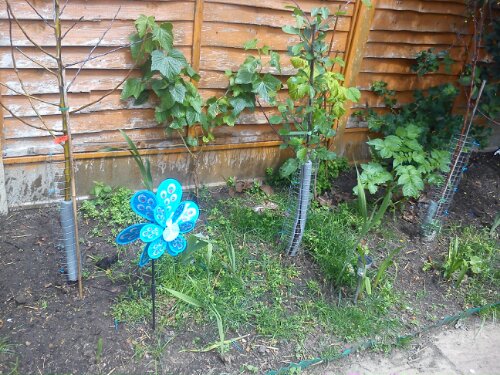 This was taken after watering. As you cab see the fruit bushes are doing ok, my newest fruit trees need a bit of red bull still however. At ground level it looks a mess, but it’s a mixture of grasses and wild type flower seeds, with a few annually flowering bulbs to prolong my lazy garden. I want the fruit that falls to fertilise the ground below for those bulbs. By next year should be a lovely carpet of mixed flowers, that I won’t need to re-plant each year.

The poor soil is not just in the veggie bed sadly, it’s the whole garden! Including where I once had a lawn. I kept trying to re-seed the bare patches, but the seeds rarely took. The top 2cm in our garden is like a dusty mixture that dries out very fast following rain, then about 4cm down it’s so hard its very hard for the grass to get its roots in to.

Then there is the issue of shade caused by 6ft high wooden fence panelling on both sides. So what I started doing was turf patching the lawn. Instead of re-seeding the patches the pets have dug up, I started to rip small pieces of turf off and used them to fill the gaps. You need to dug a shallow dip so the turf sits level to the existing lawn. At first it looked a little odd and Blokey did moan I’d made more of a mess, but as I had tried several boxes of seeds at a few pounds each, I think the turf was a bargain by comparison. Okay, It did look odd to start with, but as I have a large bunny run and a chicken coop my garden it a permanent damage limitation exercise. It worked brilliantly though, as the turf is just as deep as the roots need to be, and it continued to grow nicely, where the seeds had just given up due to harsh soil conditions.  I couldn’t re-turf the whole lawn ever as my pets live on it, although that would be the best thing to do for anyone with a garden as rough as mine.

For anyone seeking soil advice, or turf pop over to Rolawn’s website.

This is a sponsored post, I was given the topic to write about, and have been compensated for my time, but all words and opinions are entirely my own. 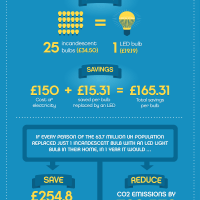 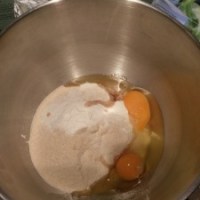