Well last week was horrible, I went to the bathroom scales and I hated what they said. I was a bit disgusted in honesty. Things have to change. So I have joined something called Blogging to Jogging and am over-sharing weight loss,  fitness and health stuff with them. It’s been quite good to just be part of an online support group – it felt like the online equivalent of an Alcoholics Anonymous meeting for biscuit addicts. Hi I’m Julie and I am over weight. 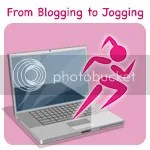 I have no intention of staying this big, I was trying to lose weight gently, then I had Labyrinthitis (also called BPPV) that lingered for a month restricting my ability to walk and move normally. Now though it’s war. No more gently gently approach,  I’m serious. I need to be 15 stone or less by August for the skydive. Sponsorship for that would help motivate me I’m sure – so far I’ve only got £12. Justgiving.com/JulieMM. Blokey says that this is "cheating" - I consider it kick starting.

I am not keen on diet shakes but I have dropped a few pounds this week. Four pounds. I know that there is no way that I can lose that much every week but I am trying hard and am now logging calories into a food diary phone app thingy called MyFitnessPal. I have been walking the dogs more and exercising slightly when I am doing nothing physical – for example swinging my feet (like a fidgety child) under my seat when writing or watching telly.  I know, it’s hardly bench presses at the gym, but it’s better than being totally stationary I’m sure.

Ideas for non gym exercise would be great, preferably at home ideas, I still panic around strangers.

6 thoughts on “Trying to get fit”