Tikka the chicken was struggling and lonely since Freya Woof “got” poor Fajita. So yesterday we drove a few miles into the countryside to a farm to get a few more chickens. That was the plan, a few small, cheap chickens.

The hens the boys chose were not cheap. I should have said “No way” at the prices, but the boys had decided and I didn’t have the heart to refuse. £35 each!! Ah well, it’s done now. 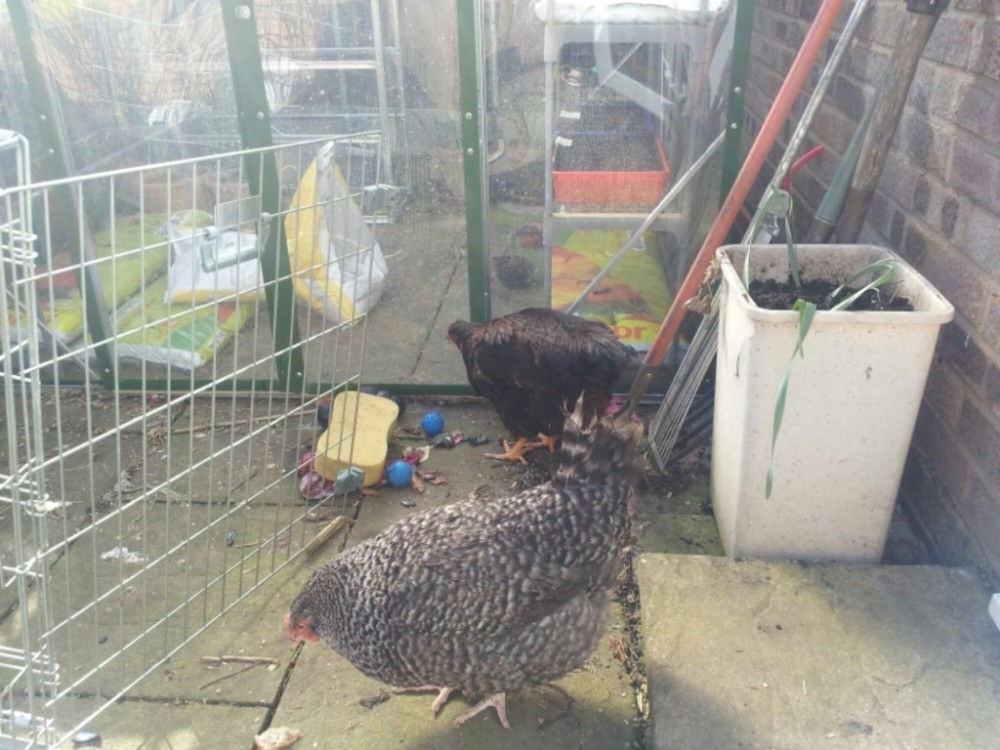 Anneka is the dark brown, almost black bird and Edwina is the grey and white one.
Tikka, not pictured above is one of the common brownish-orange hens. She cost just a tenner, so the price of uncommon hens was a shock! 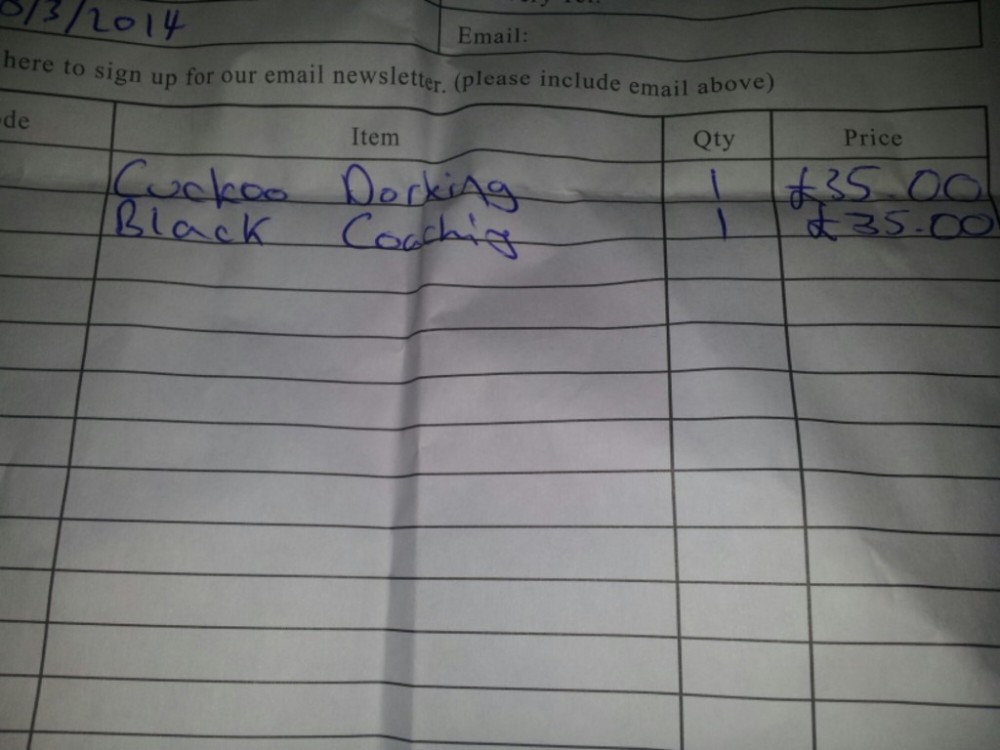 Anneka is shy and being “hen pecked” by both Edwina and Tikka. Edwina is the biggest of the three, and her and Tikka are trying to sort out who is the boss of them. It’s not nice seeing them fight, but it is a chicken thing, they need to work out who has the boss hat, and who is just a wingman.
On the plus side the arguments haven’t been as violent as I was warned they might be, so I am confident they will make good buddies. 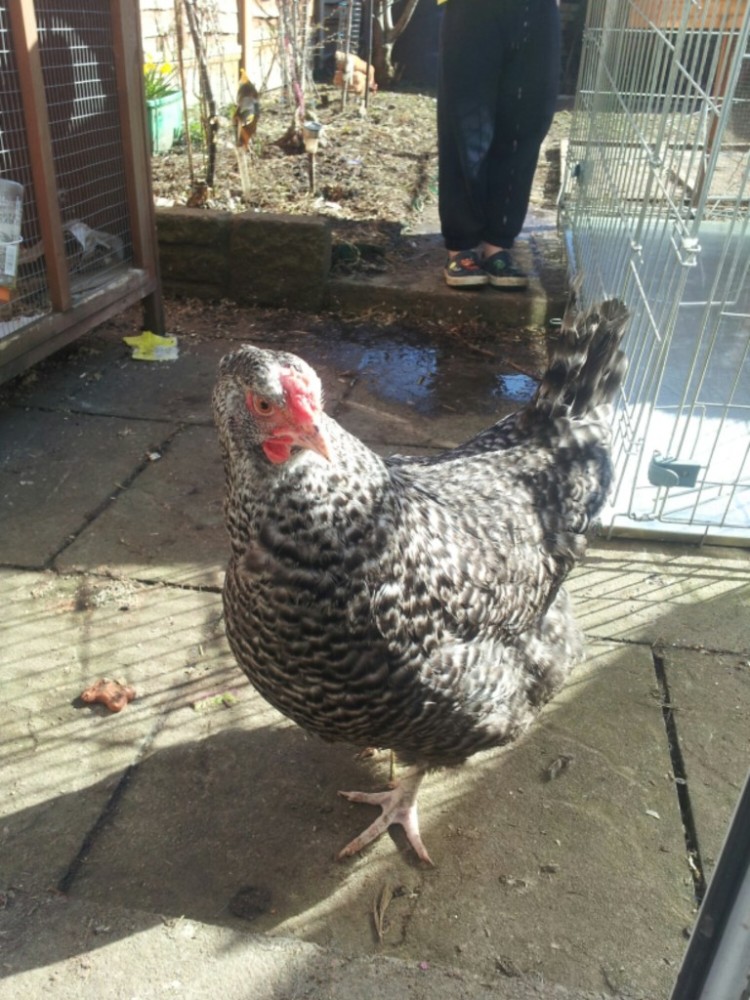 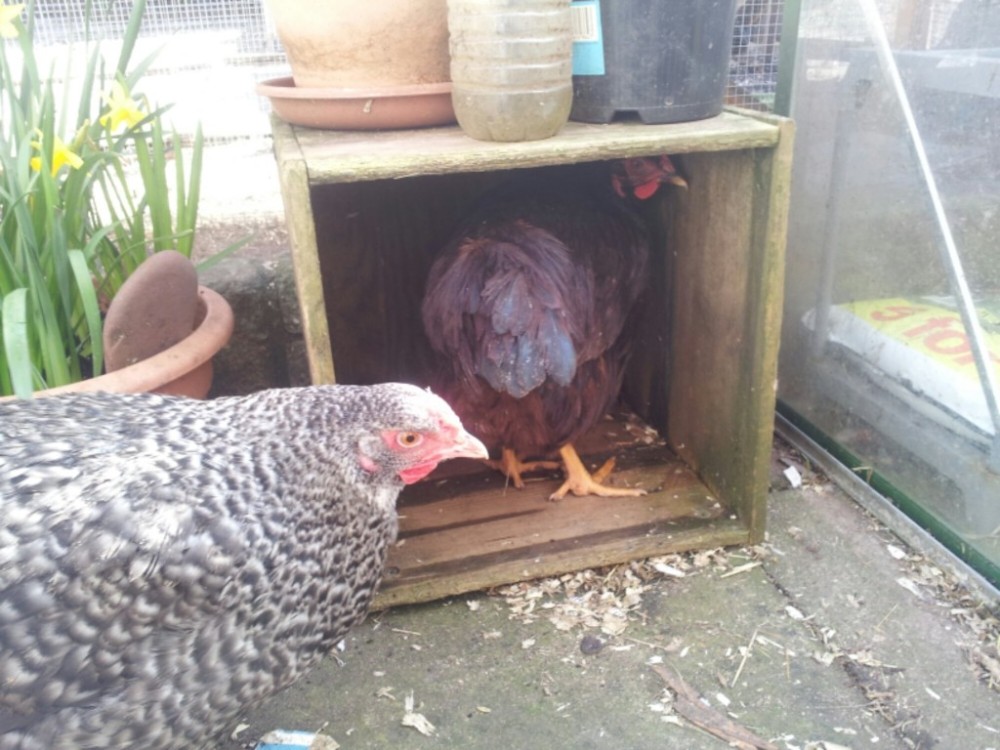 Anneka is a bit photo shy, but D got this photo! 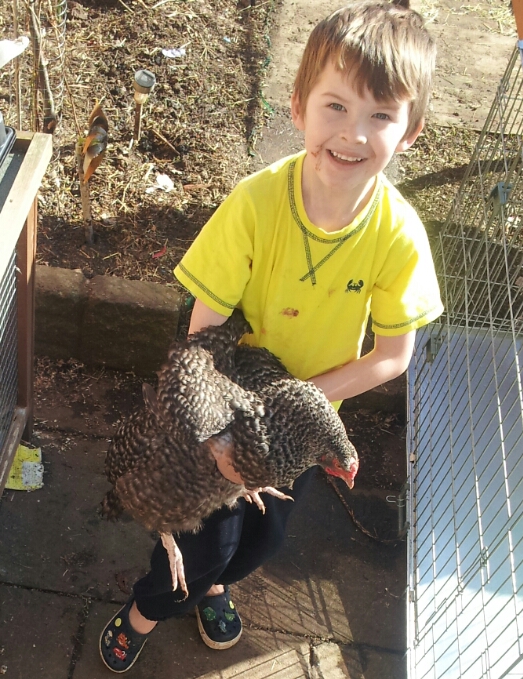 No doubt better photos will follow, but for now this will have to do.

7 thoughts on “Welcome to Anneka and Edwina” 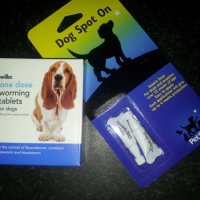 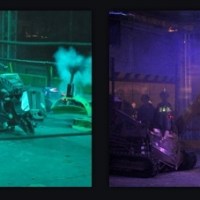 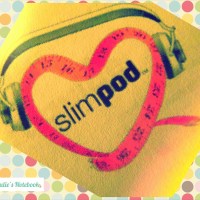 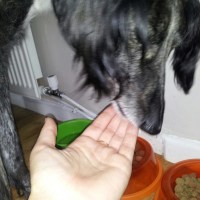