Your friends makes it awesome. The kids club is run by a company called Your Friends, and these people are the best. There is only five of them here (that we know of) but seriously they do way more than five normal people. 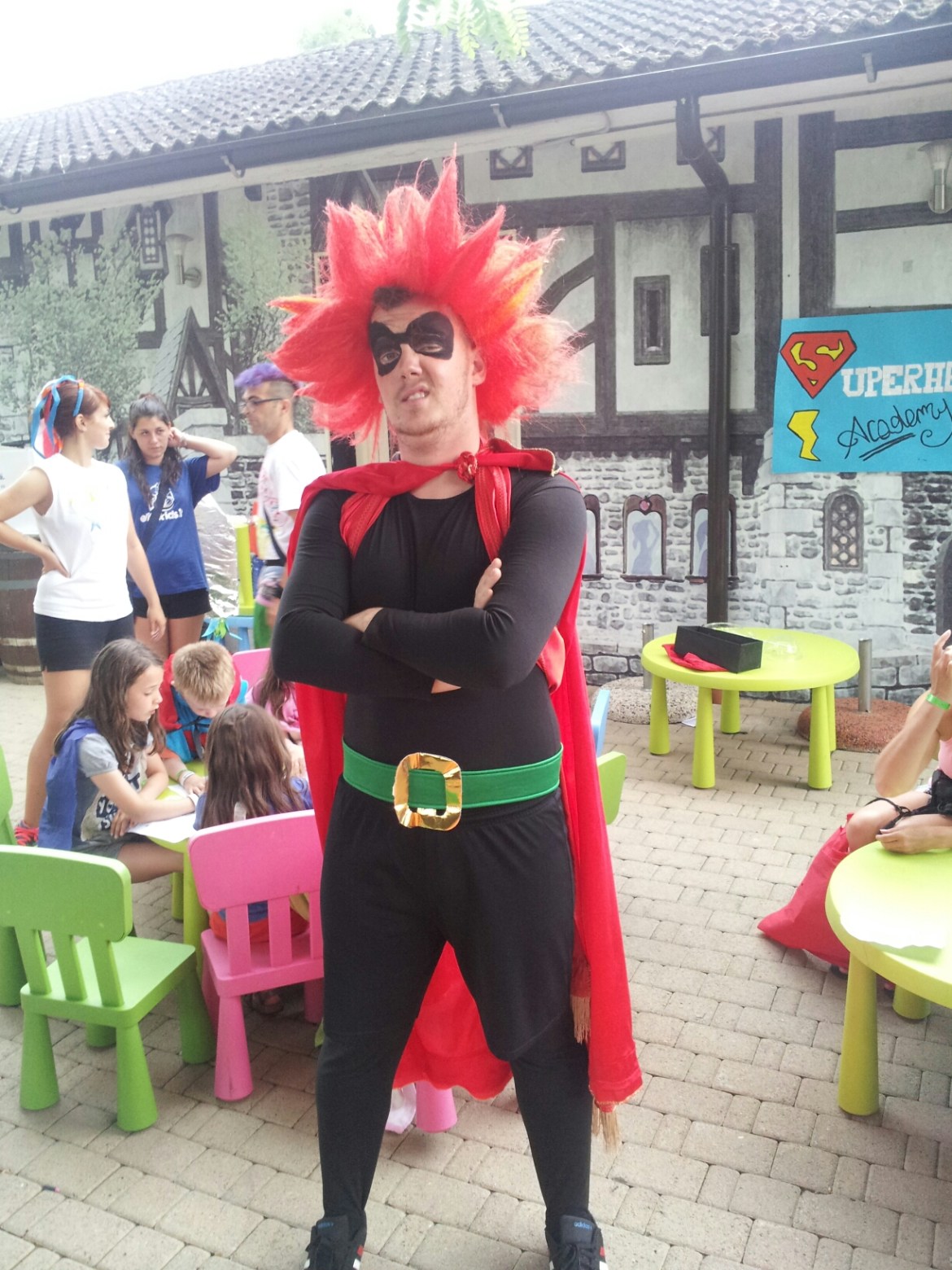 Lars looks serious, but he’s so not. He’s a dj really so is normally playing with the light and music desk during shows or activities if he can.
Fabiaenne has such a kind personality, she would be the best parent ever.
Charlotte (said Charlot-ta) reminds me of my 21 year old sister. Funny but quite grown up for her age.
Simone is a childminding angel. My Jen adores him. If Jen sees him he follows him. Unfortunately Jen can be cheeky and a bit rude when over excited and has started play fights on Simone or said things a bit over familiarly like he’s talking to an uncle not a professional.
Ingrid (not pictured) seems to work slightly different times, so we’ve not seen her so much as the others, but I have a feeling she might have been a nursery nurse or similar in the past.

At home if a child hit a holiday park kids club person I am sure there would be trouble.
Here what they do is play along with it, if a child like Jen is over excited Your Friends just act like kids back at them for a few minutes. Distracting them with fart noises is a frequent thing they do, sounds nasty but it works. Jen and D play BOO a lot, but this isn’t a game over here it seems, and as some of the activities involve Your Friends being on stage “boo” seems rude to them. I explained that its a thing we do, sneak up and shout BOOOOOO really loud and the one being shouted at is meant to go “ARRGGGHHHH” and pretend to be startled. Since I explained its normal for our boys and not meant rudely Simone and Lars sneak up and play boo at the kids. Its awesome, sharing customs.
It is lovely that the kids feel so liked – they aren’t just numbers to these guys.

I am sure British readers will understand what I mean here, but there isn’t even a hard sell here, no “remember to spend in the gift shop in the end”. No stupid flashy headband things from China at a tenner a pop that won’t last a week. The Your Friends activities have all been free and whilst not all things my boys wanted to do, are fun and thought through activities.

I want to take Your Friends home.

2 thoughts on “What makes AltoMincio awesome?”